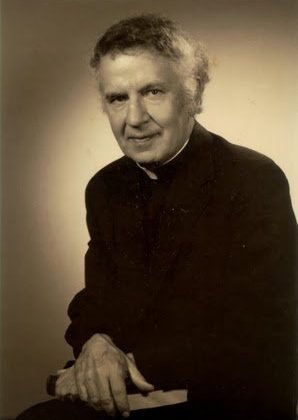 What?  You have never heard of Rev. John Hugo?  If you are interested in the priest whom Dorothy Day credited for her “second conversion,” check out the session entitled “Rev. John Hugo and American Catholicism, 1911-1985.  It is session 16 of the meeting of the American Catholic Historical Association and it will be held on Friday, January 3rd from 2:30-4:30.

Here are all the details:
In 1980 David J. O’Brien described Dorothy Day as “the most significant, interesting, and influential person in the history of American Catholicism.” This panel will explore the life and influence of the person whom Day credited for her “second conversion,” which she experienced after attending one of the famous silent retreats given by Fr. John Hugo, Catholic priest of Pittsburgh. Each panelist will take up a different aspect of Hugo’s work: pacifism during World War II, theological innovation and national influence, and pastoral leadership in suburban Pittsburgh in the 1950s and 1960s.
Panel Participants
Assistant Professors Jack Downey (Religion-La Salle University, PA), Benjamin Peters (Religious Studies-University of St. Joseph, CT), and Charles Strauss (History-Mount St. Mary’s University, MD) will each present a paper on John Hugo.
DavidJ. O’Brien, formerly the University Professor of Faith and Culture at the University of Dayton and Professor Emeritus of History at the College of the Holy Cross, will respond to the panelists’ papers.
HowardJ. Gray, S.J., Special Assistant to the President at Georgetown University, will serve as chair of the panel.
Paper Abstracts
Limits of Obedience: John Hugo and Resisting the Military State
Jack Downey, La Salle University (PA)
In a 1976 interview with Dorothy Day biographer William Miller, Fr. John Hugo offhandedly hypothesized that he may have been “the first American priest to defend conscientious objectors.”  Although this claim is flatly erroneous, John Hugo did contribute a significant clerical voice to the project of Catholic pacifism.  Particularly during the World War II period, which preceded Gaudium et Spes’ – albeit rather tepid – recognition of conscientious objection to military service as legitimate, Hugo was part of a miniscule faction within American Catholicism that resisted U.S. involvement in the Allied confrontation.  Hugo viewed his pacifism as an external expression of his internalization of radical Christianity – the Gospel of the Sermon on the Mount.  Although he served as her spiritual director for a time, Hugo credited Dorothy Day with converting him to pacifism, following their first encounter in 1940.  For Hugo, pacifism was a manifestation of the properly-formed interior life, in a world that could no longer “justify” war.  This paper will examine the development of John Hugo’s dissent regarding militarism and his “Gospel of Peace,” as well as locate him within the broader American and Christian pacifist traditions.
Beyond “The Retreat”: The Significance of John Hugo for Mid-century American Catholicism
Benjamin Peters, University of Saint Joseph (CT)
When mentioned at all in American Catholic studies, John Hugo is almost always associated with Dorothy Day and the retreat she embraced in the 1940s. While his connection with the Lacouture retreat movement is certainly Hugo’s primary claim to fame, I would argue that he is significant beyond this association. For throughout the 1940s-50s, Hugo wrote a series of books, pamphlets, and articles in which he revealed a theological vision that had much in common with some of the major currents emerging in Catholic theology in the first half of the twentieth-century. Indeed, in my paper I will argue that in his theological perspective, his efforts at ressourcement to justify and defend the retreat, and his clear critique of the form of neo-Thomism that dominated Catholic thought at the time, Hugo shared striking similarities with prominent Catholic theologians in Europe who were working during this same period, particularly Henri de Lubac, S.J.—a connection made by Day herself in The Long Loneliness. That theologians like de Lubac would go on to profoundly shape Catholic theology in the second half of the century suggests that the radical Christianity put forth by Hugo—often marginalized by scholars—was not from the theological fringes, but rather was much closer to the center of the Christian tradition. And as he was one of the few Americans at the time articulating these kinds of theological arguments—albeit in a less sophisticated way than his European contemporaries—Hugo is significant for American Catholicism.
John Hugo and Catholic Parish Life in Cold War Pittsburgh
Charles T. Strauss, Mount Saint Mary’s University (MD)
If John Hugo is known at all outside of his home of Pittsburgh it is because of “The Retreat” that he directed for Dorothy Day and other Catholic Workers, for his pacifism during World War II, or perhaps for the theological controversy that surrounded his writings and eventually got him temporarily silenced. However, Hugo worked on theology and spiritual retreats in his spare time: his day job was serving as a priest and pastor in the Diocese of Pittsburgh from 1942 to 1970. Hugo, who had tried street preaching in the 1930s, was no ordinary pastor. He prohibited bingo and all gambling fundraisers in his parishes and still managed to build a church and school in suburban Pittsburgh in the late 1950s. He scorned cigarettes when most of his congregation, not to mention the local bishop, smoked regularly. He achieved active lay participation in the liturgies at his parish four years before the opening of Vatican II; in 1970, then Bishop John Wright of Pittsburgh named him chair of the Worship Commission for the Diocese of Pittsburgh. He supported the nascent charismatic movement and was a magnet for Catholics searching for a different kind of worship. For a priest who had once been accused of Manichaeism, Hugo was, by all accounts, an effective pastor and community builder. This paper will locate John Hugo in the historical context of Catholic parish life in Cold War era Pittsburgh and assess how suburbanization in one of America’s industrial powerhouses affected Hugo’s life and work. In so doing, it will also present a microhistory of Catholic conflict and reform in the Diocese of Pittsburgh.
If you appreciate this content, please consider becoming a Patron of Current.