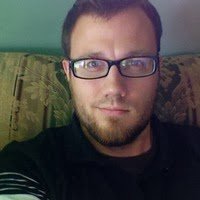 As part of The Way of Improvement Leads Home‘s commitment to covering major academic conferences, we offer Adam Parsons‘s third and final dispatch from the floor of the annual meeting of the American Academy of Religion in Baltimore. I hope you have enjoyed these reports as much as I have.

Adam is a doctoral candidate in American history at Syracuse University working on a dissertation on modern American evangelicalism with Elisabeth Lasch-Quinn.  He is an editor at the Red Egg Review: An Orthodox Christian Quarterly of Society, Politics, and Culture –JF

The final day and a half of AAR are always sleepy ones. After a Saturday and Sunday full of panels, plenary addresses, evening receptions, and catching up with old friends and colleagues, just about everyone is worn out. I was no exception, and only managed to make it to three panels (and only half of one of those).

The first was a panel of the Eastern Orthodox Group, organized by and featuring some promising young scholars, including an old friend, Timothy Carroll, whom I hadn’t seen in years. This panel, which focused on material religion and the formation of identity, marked a broadening of the Orthodox group’s scope. It was also easily my favorite of the weekend.

Elena Kravchenko from UT Austin discussed the blogs of female converts to Eastern Orthodoxy, arguing that they tend to become attached to particular icons, even to the point of keeping them after all identifiable images have worn off; in part, she claimed, this was because they acted as a kind of store for personal history. In a similar vein, Carroll, of University College London, argued that Orthodox travelers navigate their experience of simultaneous displacement (from home) and belonging (in the church wherever they are travelling) by constructing a geographic identity based on the location of historical saints. Aaron Sokoll, of UC Santa Barbara, examined the liturgical difficulties which attended the mass reception of two thousand members of a Campus Crusade for Christ offshoot into the Antiochian Orthodox Church. (This group, the Evangelical Orthodox Church, was heavily influenced by the time some of its leaders spent in the Christian World Liberation Front in Berkeley, California, a connection which I examine in my own dissertation). Finally, Sarah Riccardi of Missouri State (who also organized the panel) analyzed the ways in which Orthodox laity have adapted to the widespread availability of digital imagery and Internet shopping in assembling religious images for their homes.

Next, I stopped by the North American Religions section, to catch the first part of what turned out to be an exploratory panel on religion and U.S. Empire. Five panelists outlined their projects, which they’ll work on over the next five years, meeting occasionally to discuss with each other and with the larger group. Creighton’s Tracy Leavelle is working on missionary science in Hawai’i and its relationship to the American presence there. Illinois’s Jonathan Ebel is writing what he calls a “religious history of napalm” in which he draws parallels between changing levels of comfort with its use and shifting Protestant conceptions of divine judgment. Charles Strauss of Mount St. Mary’s is working on Catholic missions to Guatemala, and analyzing their shifting relationship with the U.S. – first aiding in development, then protesting American-backed political developments. Indiana’s Sarah Dees is working with ethnographic literature on Native Americans in the late 19th century, and Yale’s Tisa Wenger is working on the interaction between U.S. imperialism and religious freedom – especially how empire has shaped what counts as religion. It will be interesting to see where this group goes over the next few years.

On the last morning of the conference, I got stuck in rush-hour traffic, and unfortunately missed a paper on Clarence Larkin’s charts of biblical history and the end times, given by A.T. Coates of Duke. I made it to that panel in time to hear papers by UNC’s Cynthia Hogan on the paintings of North Carolina preacher Rev. McKendree Robbins Long, which she argued were shaped by what Jason Bivins has called an “erotics of fear.” (You can see one of the Reverend’s paintings here). Finally, Cambridge’s Monique Ingalls analyzed evangelical worship videos posted on YouTube, showing differences between how laity and worship professionals conceive of the proper visual environment for worship. (Laity prefer nature scenes and, to a lesser extent, photos and silhouetted of worshippers; professionals prefer abstraction).

Afterward, I made my final trip to the book display, and finally snagged a copy of Larry Eskridge’s long-awaited book on the Jesus Movement, God’s Forever Family, as well as Oliver Herbel’s just-published Turning to Tradition: Converts and the Making of an American Orthodox Church, which has a lengthy section dealing with the Evangelical Orthodox Church (and in which I received my very first endnote!)

AAR was fantastic, but I’m glad to be finished with it (and with the long, snowy drive to Ohio, where I’m spending Thanksgiving, yesterday). It’s time for some rest and some turkey.