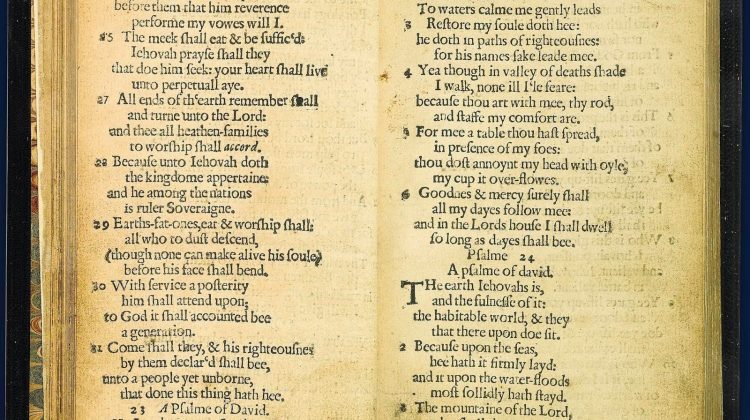 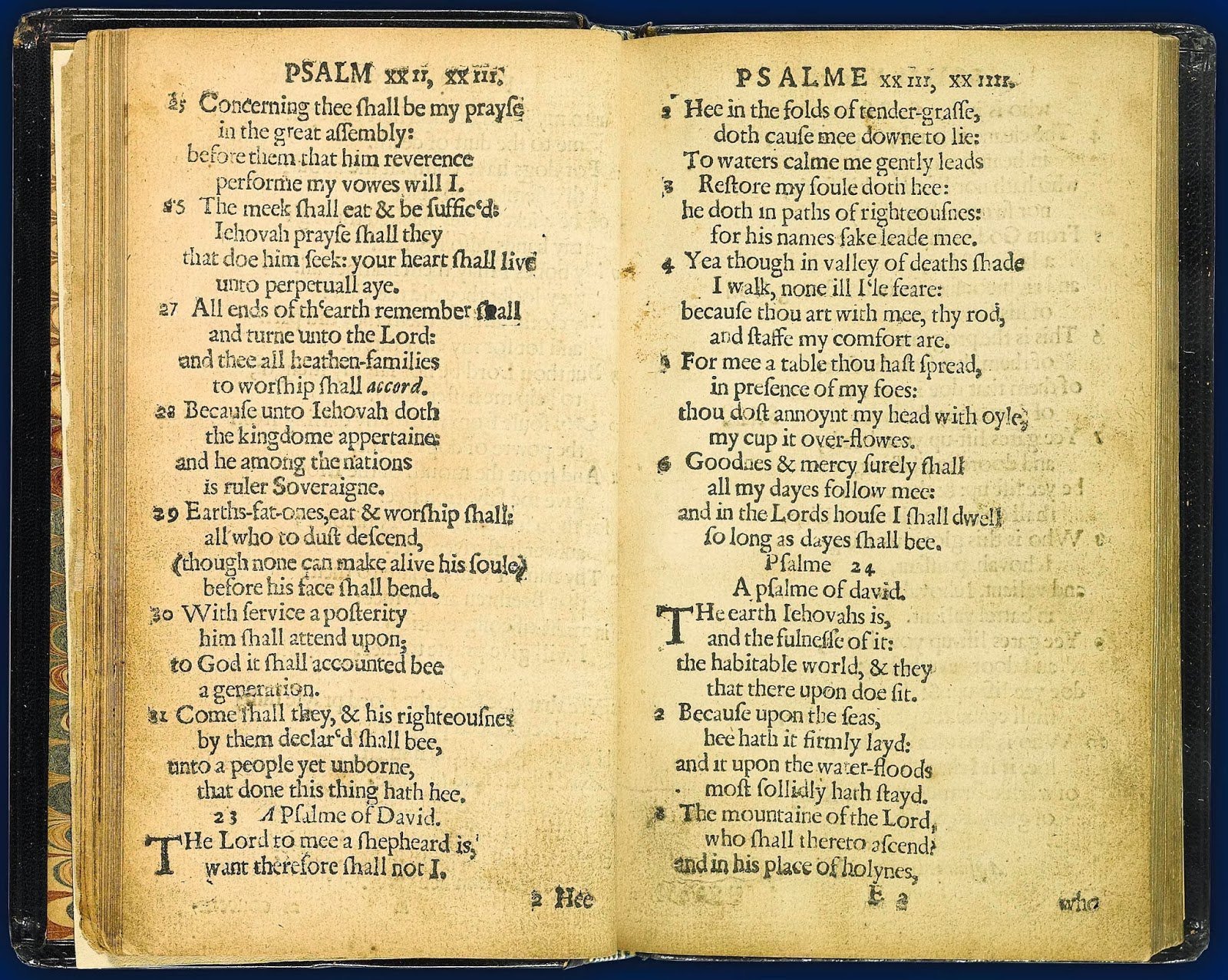 THE first English-language book printed in the New World is scheduled to be auctioned on Tuesday by Sotheby’s of New York. It’s expected to command between $15 million and $30 million — more than anyone, anywhere, has ever paid for a printed book….
…“The Whole Booke of Psalmes” is a collection of 150 psalms, in verse. In the 1630s, Puritan intellectuals in New England, believing the King James translation of the Bible to be corrupt, retranslated the psalms from Hebrew into English. Since they wanted the psalms to be sung, they set them to meter. They cared more about piety than poetry. As the Boston minister John Cotton, one of the translators, explained, “If therefore the verses are not always so smooth and elegant as some may desire or expect; let them consider that God’s Altar needs not our polishings.”
Others favored more polishing. The first “improved” edition appeared in 1647, just seven years after the original. Thomas Prince’s own “Revised and Improved” translation was published in 1758, in time for one of his psalms to be read over his grave. In the King James, the 37th psalm promises that “the meeke shall inherite the earth.” In the Bay Psalm Book, “meek ones the inheritance/shall of the earth possesse.” In Prince: “the meek and humble shall/the earth as heirs possess.” Smooth and elegant these psalms are not.
In 1866, the Old South Meeting House gave the Prince collection to the Boston Public Library for safekeeping. There followed a certain amount of jiggery-pokery. One copy of “The Whole Booke of Psalmes” ended up in the hands of a mayor of Boston. After his death, when his estate announced plans to auction it, the deacons of Old South filed suit, claiming the church still owned the book. The Massachusetts Supreme Judicial Court sided with the mayor’s heirs, and the book was sold for $1,025, a sum so staggering that the story was reported in The New York Times.
Another copy was auctioned in 1879; it was bought for $1,200 by Cornelius Vanderbilt, one of the richest men in America. That copy was auctioned again in 1947, when it commanded $151,000, breaking a record. The copy of the Bay Psalm book that Sotheby’s is set to auction this week comes from the Prince library, too. In protest of its sale, the Old South’s historian resigned.