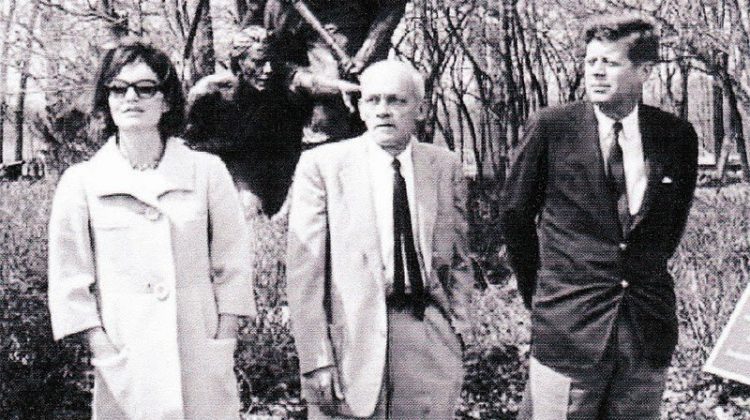 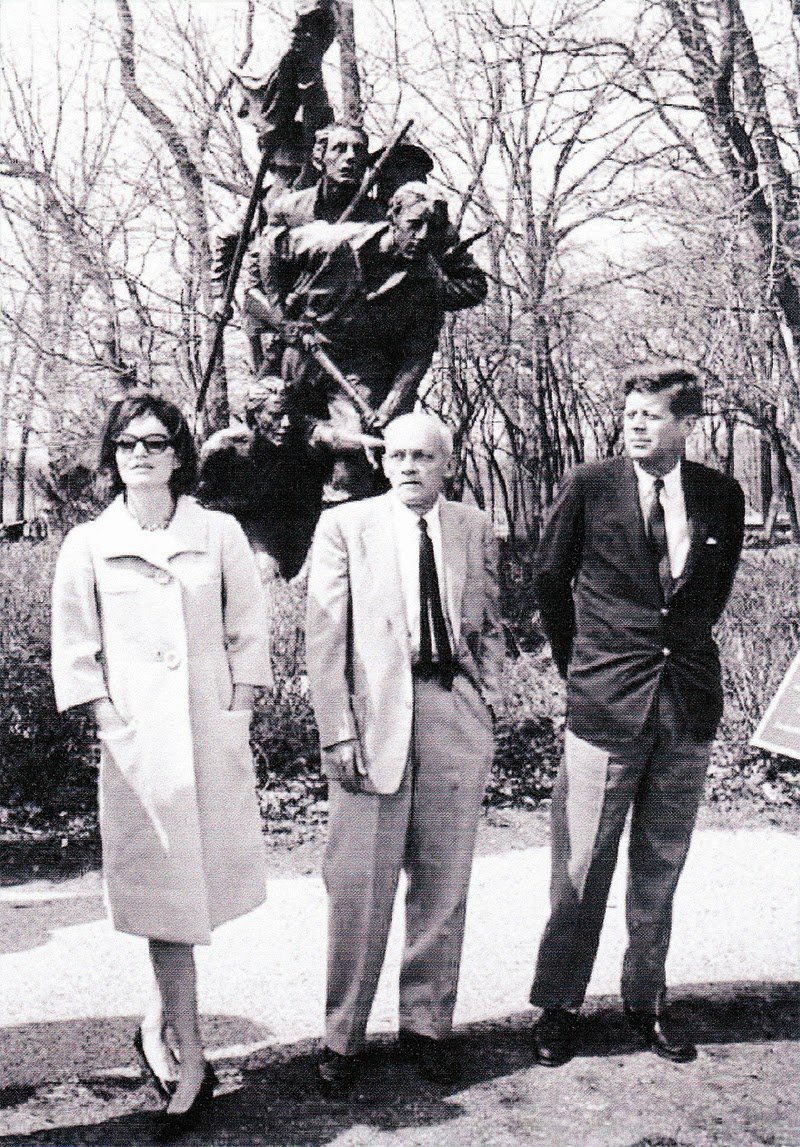 It has been a very full week for history buffs.  This week we commemorated the 150th anniversary of the Gettysburg Address and the assassination of John F. Kennedy.  I thus found Diana Loski’s piece at The Gettysburg Experience particularly relevant reading on this Saturday morning.  She describes John Kennedy’s visit to Gettysburg in March 1963.  Here is a taste:

…Since Caroline was not as interested as her parents; and, in the days before seat belts and car seats were required, she grew restless during the drive. She was soon relegated to ride in the other car. The President and First Lady drove on, with their guide, down Seminary Ridge, and disembarked at the North Carolina Memorial near the site where many Confederates stepped off for Pickett’s Charge on July 3, 1863. The monument was one of Sheads’ favorites, and JFK took a moment to read the inscription on the block behind Gutzon Borglum’s magnificent sculpture. He commented to his guide that he hadn’t known that one in four of all who fell at Gettysburg was a North Carolinian.The First Couple took a few moments to gaze across the mile-wide field of Pickett’s Charge, then returned to the convertible to continue on their tour. They also got out to take a closer look at the Virginia Memorial, also on Seminary Ridge, and took a long look at the statue of Robert E. Lee atop Traveller – on the spot where the general watched the famous charge at Gettysburg.The Kennedys drove to Little Round Top, through Devil’s Den, and stopped at the Wheatfield – where the Irish Brigade had fought. Sheads showed the President where his ancestor’s regiment, the 28th Massachusetts, had placed their monument at the Stony Hill area. On the monument are the words “Faugh a Ballaugh!” the motto of the famed Irish Brigade. Sheads had recently learned the meaning of the Gaelic phrase and, ever the teacher, he asked the President if he knew the meaning of the words. “Sure I do,” Kennedy replied. “It means ‘Clear the Way’.” It is not known if Colonel Sheads told the President, but fighting against the Irish Brigade in the area was a Confederate colonel from South Carolina with the same surname. He was John Doby Kennedy from South Carolina, a colonel in General Kershaw’s brigade at Gettysburg. He survived the war, and, like the President, made a name for himself in politics.