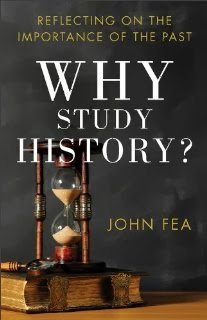 Today Inside Higher Ed is reporting that Elizabeth City State University, a 2,300 student historically black college in North Carolina, is thinking about cutting seven undergraduate majors, including history, because these majors are “low productive.”  Here is a taste of that article:

The potential that a historically black college could cut its history program is particularly alarming to national education leaders. Carol Geary Schneider, the president of the Association of American Colleges and Universities, said the proposed cuts were “shocking and potentially debilitating” but she was especially concerned that an HBCU would deplete its capacity to teach history.
“Nothing is more fundamental than history to students’ understanding of their roles and responsibilities as citizens of this diverse and still decidedly unequal democracy,” she said in an email Monday night.
“Cutting out history means cutting out both memory and hope.”
James Grossman, executive director of the American Historical Association, called the possible cut to history “ironically tragic.”

Schneider and Geary are, of course, correct in their analysis.  But there is a deeper question here as well.  Why is the history major at Elizabeth City State considered a “low productive” major?  Why are so few students majoring in history?  And this is not just a problem at Elizabeth City State.  Many colleges and universities are facing the same problems.  Perhaps we need to remember why history has always been a fundamental part of an undergraduate education.