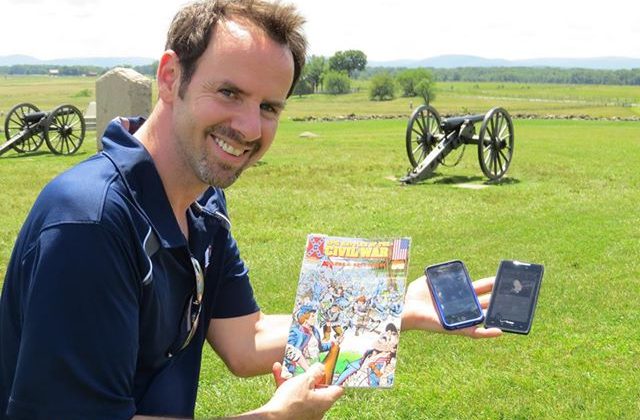 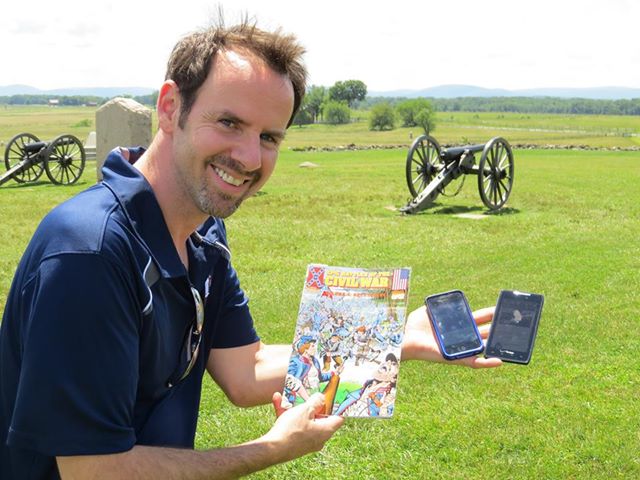 Garry Adelman is an author, licensed battlefield guide, and Director of History Education at the Civil War Trust.  It sounds like he was pretty busy last week commemorating the 150th anniversary of the Battle of Gettysburg.  He reflects on the experience at Civil War Memory.  Here is a taste:

I thought that the July 3rd Commemorative March would be cool and had hoped that it would include the requisite 12,000 people. It did. The NPS estimates that some 15,000 were on Seminary Ridge with even more on Cemetery Ridge. As the March started, I was atop the Pennsylvania Memorial with about 100 others. I narrated what happened historically as it was happening in front of us. This was wildly cool. I have told the story of Pickett’s Charge countless times and have done my best to paint the picture, to bring it to life. Obviously, seeing that many people crossing that field was exceedingly instructive.  I was struck at the impossibility of capturing the March with my cameras. It was simply too big.  Even from atop Gettysburg’s largest monument, I could not see the whole thing and I found no single place where I could. I have not seen a single photo, even panoramic, that encapsulates the breadth. It was also incredible how small the individual people were as they crossed. The mob looked large but the individuals were much smaller than I had expected.

As the March continued, I moved toward the Angle to the occasional cannon blast and Rebel Yell. As the “troops” arrived, they stretched from the Bryan farm to the U.S. Regulars Monument. Again, hard to take in, harder to explain. You simply had to be there. The “opposing” forces remained separated as a bugler played Taps. Then another. As the next one started, I started shooting a video as I walked, hand on heart, southward, capturing the last seven buglers. I am not aware that anyone else walked along for this many, let alone shot a video of it.  The personal meaning bestowed by the successive performances as some 30,000 people stood in silence caught me completely off guard. It was awesome, and for perhaps the first time, I am using this word literally. Check out the video here, if you care to.