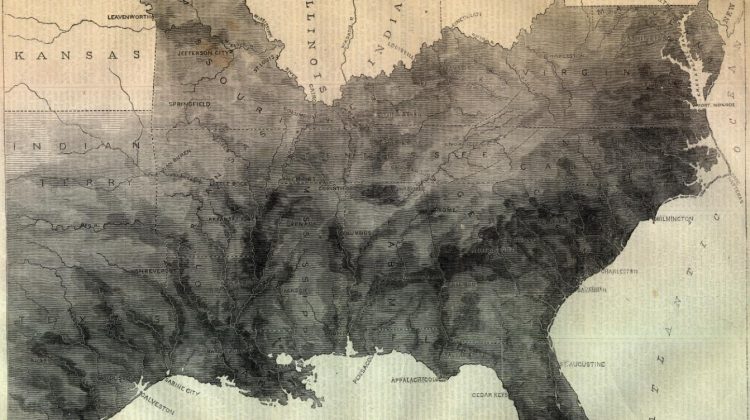 David John Marotta, writing at Forbes, thinks that it was the South’s opposition to protective tariffs that caused the Civil War.  Marotta is a “contributor” to Forbes who writes “on small changes that can yield enormous gains over time.”  According to his bio at another website, he is the founder of Marotta Wealth Management in Charlottesville and has written hundreds of financial articles.

I think Marotta should stick with what he knows best and stay out of the history business.  Here’s a doozy from his piece:

Slavery was actually on the wane. Slaves visiting England were free according to the courts in 1569. France, Russia, Spain and Portugal had outlawed slavery. Slavery had been abolished everywhere in the British Empire 27 years earlier thanks to William Wilberforce. In the United States, the transport of slaves had been outlawed 53 years earlier by Thomas Jefferson in the Act Prohibiting the Importation of Slaves (1807) and the Abolition of the Slave Trade Act in England (1807). Slavery was a dying and repugnant institution. . .

Slavery was an abhorrent practice. It may have been the cause that rallied the North to win. But it was not the primary reason why the South seceded. The Civil War began because of an increasing push to place protective tariffs favoring Northern business interests and every Southern household paid the price.

I will let Mark Cheathem of Jacksonian America blog take it from here.  Read his take-down of Marotta piece here. A taste:

According to the 1860 U.S. Census, slavery was on the rise and had been for a number of decades.