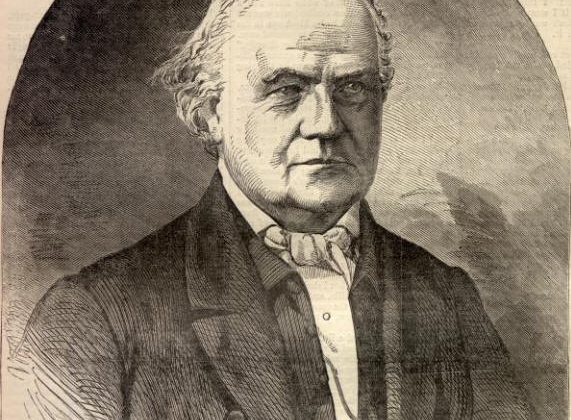 Yesterday and today we took (are taking) our traveling research road show to the New Jersey Historical Society in Newark, NJ where we are working on the life of the Rev. James Caldwell, the revolutionary-era pastor of the First Presbyterian Church of Elizabeth-Town, NJ.  We spent most of the day yesterday working through the papers and notes of Nicholas Murray, the pastor of the church during the 1840s.  Murray did extensive research for a small book he published on the life of his predecessor.

Murray was especially interested in the death of James Caldwell.  As some of you may know, Caldwell was shot by an American sentry named James Morgan who believed that the minister was smuggling goods.  Since Caldwell was a well-known patriot in the region, many have speculated that Morgan had been bribed by the British to kill the minister.  Whether he was bribed or not, Morgan was put on trial and eventually executed for the “murder” of Caldwell.

During the course of his research, Murray interviewed a few dozen elderly residents of Elizabeth-Town who remembered Caldwell, the events surrounding the murder, and Morgan’s trial.  Many of these affadavits are included in Murray’s papers and they shed considerable light on Caldwell’s life and the way he has been remembered.  It is fascinating stuff.

Today we are finishng our work in the Murray Papers and moving on to some additional Caldwell manuscripts as well as the papers of John Witherspoon.