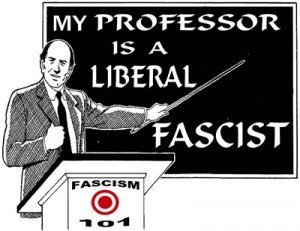 Many conservatives think that they do.

Over at Inside Higher Ed, Scott Jaschik discusses Neil Gross’s new book Why Are Professors Liberal and Why Do Conservatives Care?  Based on sociological research, Gross concludes (big surprise here) that most professors “lean to the left.”  But he also concludes that “most faculty members are not as radical as many believe and there is a larger center-left following in the academy.”

Here is a taste of Jaschik’s piece:

Gross also considers why the idea of a liberal professoriate is so powerful with some conservatives. He includes history of the William F. Buckley critique of professors as liberal and anti-religion, and notes that much of the frustration has come from people who care about ideas and who (in the case of Buckley and some of the National Review crowd) can hardly have been called populists.

But he also notes the strong resonance for many in the general public with the idea of professors as elite, liberal and disconnected. While he reviews the extent to which conservative foundations have funded organizations that have made a big deal out of professorial politics, he suggests that the views of many people about academics operate independently of anything David Horowitz said or did.

In an interview, Gross discussed why he sees it as crucial for academe to have a better handle on issues of faculty politics — and it’s not because it answers critics who say that academe imposes an ideological litmus test on professors. Rather, he thinks the findings pose challenges for those across the ideological spectrum.

For those who are conservative, and profess to care about a partisan imbalance in academe, Gross said, there is the question of whether their own statements are discouraging young conservatives from going to graduate school to prepare to become professors. The conservative undergraduate who reads about alleged liberal academic outrages all the time may simply come to view academe as a less-than-hospitable employer — even if that’s not necessarily the case.