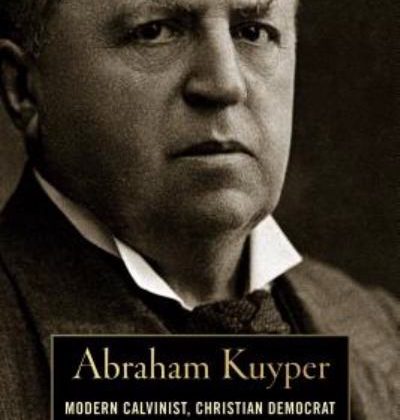 Abraham Kuyper is famous for saying, “There is not a single square inch in the whole domain of our human existence over which Christ, who is sovereign over all, does not cry: Mine!”  Today, those who follow his transforming vision of everyday life are often called “Neo-Calvinists.”  Many Neo-Calvinists have found an intellectual home at Calvin College and some of the other institutions who hold membership in the Council for Christian Colleges & Universities. (For example, many faculty members at the evangelical Wheaton College have been deeply influenced by Kuyperianism).  Mark Noll once wrote that Kuyper “was as filled with noteworthy achievements as that of any single individual in modern Western history.”  Wow!

James Bratt, a member of the History Department at Calvin College, has written the first English language biography of the Dutch theologian, politician, and public intellectual.  It is titled: Abraham Kuyper: Modern Calvinist, Christian Democrat.  Over at Christianity Today, Eric Miller offers a review of the book.  Here is a taste:

Kuyper was a progressive—and a disappointed one. Bratt notes Kuyper’s affinity with his American Presbyterian contemporaries, William Jennings Bryan and Woodrow Wilson. Both men also “wished not to overthrow the prevailing order but to humanize it.” In fact, when Kuyper came to the United States in 1898, he found himself both attracted and repelled. He found hopeful the open religiosity of American politics and politicians. But he disdained the unabashed materialism there. “Your capitalistic classes have too much power,” he told reporters. Decentralizing power and dispersing authority was his hope for a truly human life.

Kuyper was stateside to give the Stone Lectures at Princeton Theological Seminary—later published as Lectures on Calvinism. He sounded what Bratt calls a “revolutionary proposal”: that, in Kuyper’s words, “all knowledge proceeds from faith of whatever kind,” and that “the person who does not believe does not exist.” It took some time to find its American audience, but Kuyper’s thinking on “worldview” would lay the foundation for the intellectual renaissance among evangelicals.

By the turn of the century, Kuyper had spent decades distilling and developing these insights into a form that was impelling movement of all kinds—cultural, intellectual, political, social. From his teaching at the Free University (which he helped found in 1880 and where he taught until 1901) to his reporting and scholarly writing, he elaborated what Bratt calls his “enduring dream,” the hope of a Calvinism refitted for action on the world’s stage. Orthodox yet contemporary, it would transcend “mere dogmatic theology” to forge a “‘life system’ whose ‘root principle’ branched out into every domain of human life and learning.” Kuyper’s vision centered on grace: the special grace of salvation for the elect, and the common grace God elects to give to all. This is the grace that makes possible a full, culture-invading, culture-making witness.