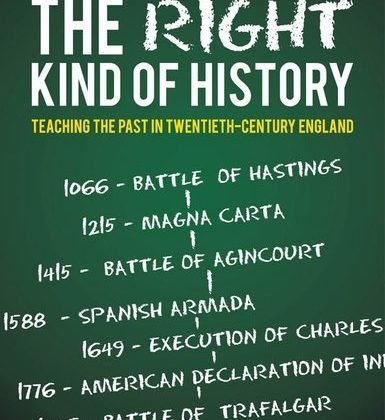 When it comes to pundits and politicians decrying the lack of historical knowledge among young people, there is nothing new under the sun.  Writing at The Times Literary Supplement, David Cannadine, author of the recent The Undivided Past: Humanity Beyond Our Differences and The Right Kind of History: Teaching the Past in Twentieth-Century England, reminds us of this fact in the context of the debates over the history curriculum in British schools:

…there have been constant complaints about the teaching of history for as long as it has been taught: that young people know too little about the national past; that they are ignorant about dates, battles, politicians and kings and queens; that (alternatively) the rote learning of dates, battles, politicians and kings and queens is excruciatingly boring and is not the same as history; and that there was once a golden age when history was better taught, and when boys and girls did know about the national past, from which there has been a recent and catastrophic decline. Across the whole of the twentieth century, there was scarcely a decade when points such as these were not being made. And when these criticisms were levelled, as they have again been recently, it was usually in complete ignorance of the fact that they had already been made several times before. Ironically enough, the criticisms of history teaching in English schools, made by people who, presumably, think history is important, are almost invariably lacking in any historical perspective.

Cannadine has offered a vision for history in British schools that is different from the one offered by Secretary of Education Michael Gove.  Read the entire article to learn more, from Cannadine’s perspective, about the differences.

Here is a taste of Cannadine’s proposal:

Yet if the National Curriculum is not the problem, then what is? Our answer was clear, namely that since the 1900s, insufficient time has been given to history in the classroom: hence the rushed and superficial treatment of unrelated subjects; the lack of a firm chronological sequence and narrative structure; the difficulty of giving adequate attention to the big picture; and the risk of repetition at Key Stage Three and at Key Stage Four for those taking the subject at GCSE. Reforming the National Curriculum, we concluded, would not address these problems, and the only way to do so would be to make history compulsory to the age of sixteen. That had been Kenneth Baker’s original intention when he devised the National Curriculum; it would integrate the National Curriculum with GCSE, and it would align our teaching practices with those of other Western countries. By gaining more time for history in the classroom, the problems of superficiality, chronology, incoherence and repetition could finally be confronted. That was our recommendation, which was welcomed by professional historians and schoolteachers, by Ofsted and the Historical Association, and by the Independent and the Daily Telegraph. Our proposal was also endorsed by an Expert Panel set up by the Department of Education and by the Chair of the All Party Parliamentary Group on Archives and History, who urged that “history should be part of a curriculum as a core subject to sixteen”.