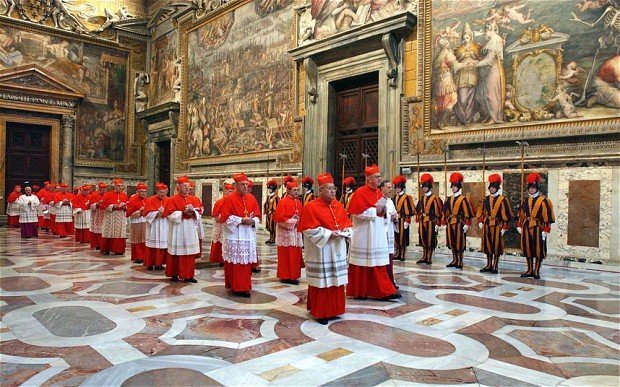 David Perry, a history professor at Dominican University, looks to the past for clues about who might be the new Pope.  He makes some interesting points in his recent piece at The Atlantic:

1.  The process of voting for a new Pope is not an “authoritarian relic of the past.”  Actually it’s “the same kind of democratic tradition that permeates modern American and European life.”

2.  Can we really expect the Cardinals to keep the rule of secrecy in an age of e-mail, texting, and other forms of digital communication?  Perry notes that the College of Cardinals have a long tradition of breaking the rules of papal selection when they are not convenient.

3. A slow election is a sign that a dark-horse candidate could emerge.

4.  Sometimes the conclave has chosen an “administrator” Pope to replace an “intellectual” Pope.  Benedict XVI was an intellectual.