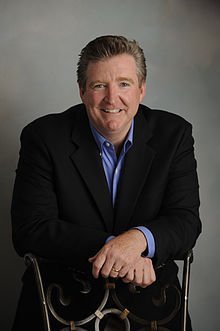 A couple of weeks ago I was doing a public interview on religion and the American founding at an international conference on secularism at Georgetown University in Washington D.C.

During the course of the conversation, Jacques Berlinerblau, the organizer of the conference and the interviewer, asked me about the religious and political views of young evangelicals.  I turned to the usual talking points about the next generation of evangelicals.  They were not interested in the culture wars of their parents, they were pro-life but their social vision was broader than just one or two issues, and they despised hypocrisy and wanted a Christianity that was authentic.

Berlinerblau, an astute observer of American religion, seemed to agree.  He mentioned that he was shocked when he heard Jim Daly, the president of Focus on the Family, do an interview with National Public Radio’s “All Things Considered.”

Berlinerblau was right to be surprised.  Focus’s former president James Dobson began the organization with the goal of strengthening American families, but it eventually evolved into a political organization that became a major player in the culture wars.  (Of course, Dobson would not have it seen this way.  The politicization of Focus, he believed, was a fundamental part of its original mission). As far as I know, Dobson never did an interview with NPR, but I could be wrong.

I thought again about my public conversation with Berlinerblau after I read this profile of Daly in The New York Times.  Daly is clearly moving Focus on the Family in a new direction, at least in terms of its approach to the larger culture.

Mr. Daly has succeeded in differentiating himself from an earlier generation of Christian leaders, like Jerry Falwell, Pat Robertson, Gary Bauer and Donald E .Wildmon, who made their fame and notoriety alike in the battles around abortion and homosexuality.

In quite a vivid way, Mr. Daly, 51, has also departed from the example of his predecessor at Focus, James C. Dobson, who retired in 2009. Just a few months ago, referring to the mass shooting at an elementary school in Newtown, Conn., Dr. Dobson said on his syndicated radio program, “I think we have turned our back on the Scripture and on God almighty, and I think he has allowed judgment to fall upon us.”
As he became president of Focus in 2005 and chief executive four years later, Mr. Daly put forward the message of humility and outreach in an autobiography, “Finding Home,” and an acutely titled spiritual manifesto, “ReFocus.” He has welcomed members of the same gay rights organization, Soulforce, whose activists had been arrested during protests at Focus during the Dobson years.
Focus has collaborated with the local alternative weekly, The Colorado Springs Independent, in a campaign to encourage families to take in foster children. (“No, hell has not frozen over,” the paper quipped about the partnership.) Most recently, Focus hosted a question-and-answer session with Jonathan Rauch, a journalist who has advocated gay marriage.
Such efforts have won Mr. Daly praise from unexpected quarters. The Southern Poverty Law Center, for instance, has classified the Family Research Council, another conservative Christian organization, as a hate group because of its position on homosexuality. But the law center’s senior fellow, Mark Potok, said Focus had tried to evolve with the times.
Perhaps Daly is returning Focus on the Family to its roots.  Christianity can be an important resource for strengthening American families.  I have listened to Dobson’s radio show and have read some of his books. Some of his thoughts have helped me to be a better parent and husband.  But when Focus on the Family became a political organization, and Dobson began endorsing candidates for office, I stopped listening and reading.  So did many of my more progressive Christian friends. This is a shame, because some of the things he had to say about strengthening the American family transcended politics.  Unfortunately, the politicization of Focus meant that it would never reach those who shared different political views.
Daly seems to be charting a different course.  I am glad to see it.