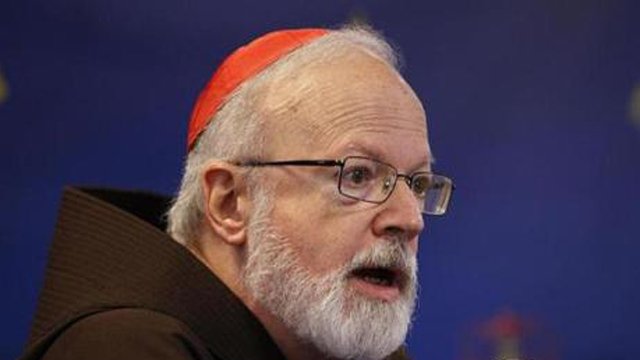 Michael Sean Winters, writing at The New Republic, explains how we can get our first American Pope.  Here is a taste:

This last scenario could produce the first American pope in the person of Boston’s Cardinal Sean O’Malley. O’Malley captured the hearts of the Roman people in the last few weeks: A Capuchin friar who prefers wearing his brown friar’s habit to the scarlet red vestments of a cardinal, O’Malley’s simplicity is accessible and endearing. Known for cleaning house in Boston after the sex abuse scandal erupted there in 2002, and enjoying wide contacts with the Church in Latin America, O’Malley also benefits from the fact that there are three other well-placed Franciscan cardinals in the conclave: the archbishop of Durban, South Africa, the former archbishop of Seville, Spain, and a Brazilian cardinal who worked at the Vatican. If these men started promoting the candidacy of their fellow Franciscan among their compatriots, the O’Malley bandwagon could gain steam quickly as Wojtyla’s candidacy did in 1978. The difference: O’Malley is an American, and some cardinals will hesitate to turn the papacy over to anyone from a country they think controls enough of the world already.