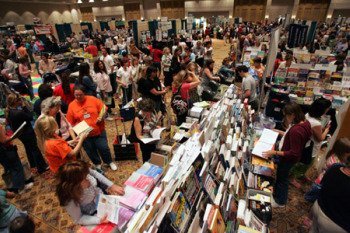 According to David Wheeler, author of a recent post at The Atlantic, more and more evangelical homeschooling parents want their children exposed to evolution.  At least one publisher–Christian Schools International out of Grand Rapids, Michigan–has responded with homeschooling and Christian school textbooks that do not “attempt to discredit the theory of evolution.”

This staunch rejection of modern science tends to characterize today’s leading homeschool textbooks. For example, Science 4 Christian Schools, a homeschool textbook published by Bob Jones University Press, doesn’t mince words when it comes to evolution and Christian faith. “People who accept the Bible believe that God made everything,” the book states. “They call God’s description of how things began the Creation Model. Those who disregard the Bible believe instead that everything got here by itself. They call this description of how things began the Evolution Model.”

The assertion that anyone who believes in evolution “disregards” the Bible offends many evangelicals who want their children to be well-versed in modern science. Jen Baird Seurkamp, an evangelical who homeschools her children, avoids textbooks that discredit evolution. “Our science curriculum is one currently used in public schools,” she says. “We want our children to be educated, not sheltered from things we are afraid of them learning.”

The rising number of homeschool families striving to reconcile belief in God with today’s scientific consensus has attracted the attention of at least one publisher — Christian Schools International in Grand Rapids, Michigan. “Most science textbooks that attempt to present the content from a Christian perspective also attempt to discredit the theory of evolution,” says Ken Bergwerff, a science curriculum specialist at Christian Schools International. “Some do it discreetly; others are quite blatant. The CSI science curriculum clearly presents science from a Christian perspective, but does not attempt to discredit the theory of evolution. The content presents God as the author of all of creation, no matter how he did it or when he did it.”

Christianity Today magazine has followed-up with a story of its own in which it notes that Ken Ham, the nation’s leading young-earth creationist and founder of the Creation Museum in Kentucky, has been disinvited from several homeschool conferences for “unnecessary, ungodly, and mean-spirited’ comments about evangelical evolutionists.

Now it is time for the evangelical homeschool movement to offer a more balanced view of American history than the usual fare offered by David Barton and other Christian nationalists.