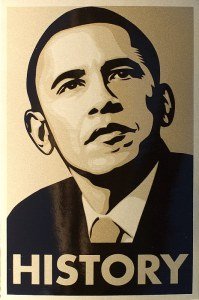 There is a lot to digest from last night’s State of the Union Address.  The pundits will be out in force today talking about all of the new initiatives Obama proposed, particularly the stuff he had to say about immigration and gun control.  And how about 102-year old Desiline Victor? As the grandson of a 102-year voter, Desiline’s story tugged at my heartstrings.

Obama also talked about education last night.  And once again, he celebrated the so-called STEM disciplines (science, technology, engineering, and math).  Here is a quote from the speech:

Tonight, I’m announcing a new challenge to redesign America’s high schools so they better equip graduates for the demands of a high-tech economy.  We’ll reward schools that develop new partnerships with colleges and employers, and create classes that focus on science, technology, engineering, and math–the skill’s today’s employers are looking for to fill jobs right now and in the future.

We need young people who are trained in the STEM disciplines.  But we also need our president to get behind the humanities, especially history.

Obama’s statement that STEM disciplines provide skills that “today’s employers are looking for to fill jobs right now and in the future” is only partially true.  Anyone who attended the recent Wake Forest conference “Rethinking Success” (or watched the conference presentation online) knows that companies and employers are just as interested in humanities and liberal arts majors as they are college graduates trained in STEM fields.  In fact, some of them are MORE interested in humanities majors than those trained in traditional STEM disciplines.

Obama’s support for STEM last night also extended to higher education. He called for a new “College Scorecard” that would reward colleges and universities that provide greater access to “the education and training that today’s jobs require.”

Again, I have no problem with colleges training students in STEM disciplines.  I work at a college that does a good job at this kind of training.  But I also teach at a college committed to the humanities and the broader liberal arts–disciplines that teach skills, ways of thinking, and ways of being that are essential to the cultivation of a civil society and a thriving democracy.

Obama’s speech last night–at least the parts dealing with education–sounded eerily similar to the Republican governI do not have the time or the space here to defend the the value of history and humanities.  If you are a regular reader of he Way of Improvement Leads Home you know that I have done this many times before. (In addition to the previous link see my piece at Patheos:  “Education for a Democracy” or take a quick glance at my “So What CAN You Do With a History Major” series)

I will, however, call your attention to the irony of it all.  In his public addresses Obama has effectively used history to make his political points.  Ever since his famous breakout speech at the 2004 Democratic National Convention he has been making appeals to the Declaration of Independence.  Last night he appealed, on multiple occasions, to the ideals and values that define America.  He referenced the responsibilities of the Congress to place the nation over partisan interest.  He talked about the meaning of citizenship. He asked Americans to join him in writing the next “great chapter” in national history.

Obama must be aware that Americans cannot respond to these exhortations without knowing something about the past.  How can our children write the next “great chapter” in national history when they have little knowledge of the previous chapters?

Obama’s historic rhetoric soars.  He has appealed to the civic humanism of the founding fathers and their commitment to the common good.  In his Second Inaugural Address he talked about Selma, Seneca Falls, and Stonewall.  But I wonder how many young people knew the meaning of these references.  And I wonder how many will know them in ten years. If his track record of funding history in schools is any indication, I don’t think he cares.

Barack Obama has done virtually nothing to promote a renewed sense of civic identity through the study of history.  Just ask the 2010 Washington-era teacher of the year Kenneth Bernstein.  In a recent piece in The Washington Post he decried the lack of civic education in our schools.  Rather than addressing this issue head-on, Obama has cut funding for the successful Teaching American History program and has defined educational reform entirely in terms of STEM disciplines.

Barack Obama is no friend of history.  If I am looking for an ally on this front I will take George W. Bush any day of the week.