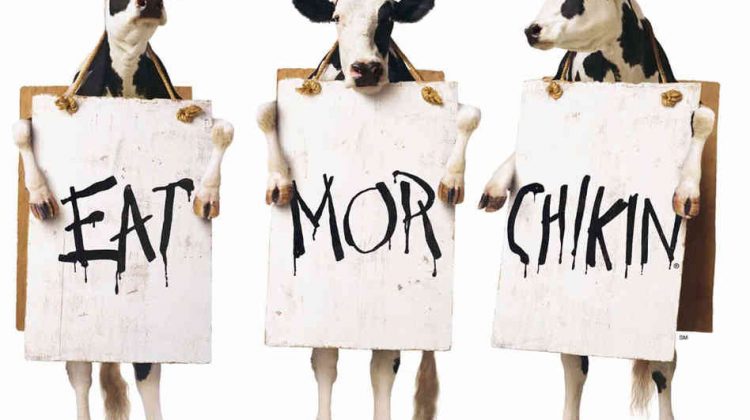 Shane Windmeyer, executive director of the LGBT group Campus Pride, wrote a hugely viral blogpost for the Huffington Post this week in which he explained how he became friends with Dan Cathy, the president of Chick-fil-A

The fast-food chain has drawn nationwide criticism from gay rights activists in recent months because of Cathy’s statements on marriage and Chick-fil-A’s support of anti-gay organizations. After Windmeyer’s group led a nationwide boycott of the chain with a “Five Simple Facts about Chick-fil-A” campaign in the summer of 2012, Cathy reached out to him. Campus Pride suspended its boycott; Windmeyer and Cathy’s subsequent, still-evolving friendship allowed the unlikely pair to enjoy a football game together on New Year’s Eve.

Windmeyer was raised Catholic, but although he still defines himself that way, he no longer attends church services regularly. “I don’t want to not feel welcome anymore,” he says.

Could Windmeyer’s popular column represent one possible way forward amid the bitter stalemate between gay rights activists and the — often religious — supporters of traditional marriage?

From an interview with Windmeyer about his friendship with Cathy, here are five lessons for people on both sides of the marriage argument:

2.  Let’s see each other as humans worthy of dignity

3.  Let’s understand what our differences really are and let’s seek to find common ground

4. Let’s not be serious all the time

5. Let’s all be willing to give a little