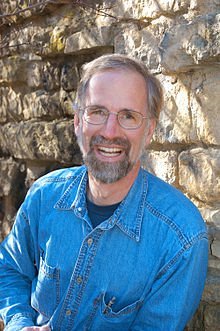 As I tweeted earlier this evening, William Cronon was on fire last night.  I must admit that I have not heard many AHA presidential addresses (although I have a read a few), but Cronon’s was clearly the best.

He challenged the historians in the room to tell stories.  In the process he told a few of his own, including a closing story about the UW-Madison English professor who inspired him to teach.  Cronon spoke with a sense of urgency as he read his paper (yes, he read it, but you would never know he was reading unless you watched him very closely) and exhorted the audience to take their vocation as teachers and storytellers seriously.

Here is some of what I tweeted during the address.  (Or as Beth Pardoe wrote: “Thanks for letting me attend the Cronon sermon from a Twitter pew”–Love it!).  Feel free to head over to Twitter to see the conversation surrounding these tweets.  As usual, my additional thoughts (beyond the 140 characters twitter allows) are in bold:

Cronon’s Changes in the Land stemmed from a seminar paper. Published before he got his Ph.D. Nature’s Metropolis was his dissertation #aha2013  This fact never ceases to amaze me.  The program said that he finished the paper at 4am on the morning it was due.  He was later contacted by Hill & Wang about expanding it into a book.  In other words, he had an award-winning book in hand, one that has been read by 1000s of undergrads and graduate students (it was the second book I read in grad school), before he completed his dissertation!  I highly recommend both books.  Changes in the Land should be read alongside Brian Donohue’s Reclaiming the Commons.

Cronon: How can I say something worthy at 9:31pm? Daunting task #aha2013 It was a late night for those of on EST.

What genre will Cronon pursue? Part manifesto, part state of field, part autobiography, and most of all the role of storytelling #aha2013

Cronon: AHA is needed to fight against the marginalization of history in society. Infrastructure for history in U.S. is crumbling. #aha2013

If we do not support AHA, how else will we do battle with the marginalization of history in society? Is there another way? #aha2013  I am serious about this question.  Several of my readers are really down on the AHA, but I am wondering if they have an alternative way of responding to the so-called “crisis in the humanities” and the government’s focus on STEM disciplines.

Today, to support the AHA is to support history and the study of the past in all its realms, not just academic history. #aha2013  I think this is a new departure of the AHA, at least in the last ten years  They want to connect with teachers, public historians, digital historians, etc…  The AHA no longer belongs exclusively to academic research historians.

Cronon: Students just don’t read. Many have never been in the stacks of a library. They won’t read longform prose. #aha2013

Cronon: We must defend in public and to the public the importance of history in the modern world. Storytelling is the answer. #aha2013

Cronon: HISTORIANS TELL STORIES–it will never go away. Far too basic to the way people make sense of their own lives. #aha2013
Cronon drawing a bit from 1992 JAH essay: “A Place for Stories: Nature, History, and Narrative.”  Although he did not mention it in the talk, some of the argument came from this piece.  I taught this piece this past Fall in my Historical Methods and it worked really well with sophomore history majors.
Cronon:The more one looks into the past the more fascinating it becomes. Must pass love of past to others who do not yet share it. #aha2013
Historians are the business of RESURRECTION
Cronon: Other professions can afford to be boring, we CANNOT #aha2013  One of the best lines of the night.
Cronon is on fire. Closest thing I have seen to a historical sermon. Reflecting his voice with authority. #aha2013
Cronon invoking Carl Becker’s “Mr. Everyman.” If we are not careful, Mr. Everyman will ignore us and provide his own narrative. #aha2013
Cronon: We are so busy constructing arguments that we have forgotten about telling a good story. #aha2013
Cronon: We fear that telling a good story is unprofessional and will result in one losing his/her critical edge. #aha2013
Cronon: We “protect” ourselves with piles of evidence, extensive footnotes, and caveats…and no one wants to read our work. #aha2013
Cronon’s address has too many twitterable lines. Can’t keep up, but trying. #aha2013
Cronon: Historians must always ask “what are the documents.” Without documents we have no history. We do not do fiction. #aha2013
Cronon is suggesting that things DID HAPPEN in the past. We can’t make it up. #aha2013  I also like Peter Hoffer’s The Historian’s Paradox on this issue.

Cronon: Cites Spielberg–it is betrayal of the historical profession to think we can uncover EVERYTHING in the past. #aha2013

Cronon: Yet we do ourselves a disservice if we fail to see how historical fiction writers reach audiences with their stories. #aha2013

Cronon suggests historical work is limited. Can’t get inside the head of someone from the past. I think this should humble us. #aha2013  This is a recurring theme in my forthcoming Why Study History: Reflecting on the Importance of the Past.

Cronon: What storytelling options are available to us within our rules of evidence? #aha2013

Cronon: Teaching is the principle obligation of our discipline. It is the kind of storytelling–living history–that we must do. #aha2013

Cronon ends his address on storytelling with a great story about one of his former professors at UW-Madison. #aha2013

Cronon: Some of the most important storytelling we do happens not in our books or articles, but in our classes. #aha2013

Cronon: “When magic happens in a classroom it is because someone worked very hard to create it.” #aha2013

Cronon, like one of his undergrad mentors, used to practice his lectures before class. #aha2013

Cronon’s undergrad mentor taught him how to be a thinker and what that might look like in the world. #aha2013

Cronon: Must come back from the “cutting edge” to tell stories that our students and our publics need to hear. #aha2013

Cronon: Digital world will only help us communicate if we remember the lessons of our classrooms and the powerful stories we tell. #aha2013

Cronon: Who we are and where we came from is the “engine of human curiosity.” #aha2013

Cronon: We are too fearful of presentism. Must connect past with the present before we talk about the past as “foreign country.” #aha2013   For me, this was the most thought-provoking comment of the night.

Cronon: Historians should never tire of telling the same stories over and over. In the eyes of children they are new and fresh. #aha2013