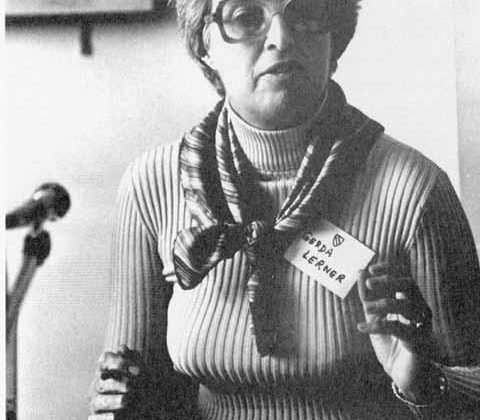 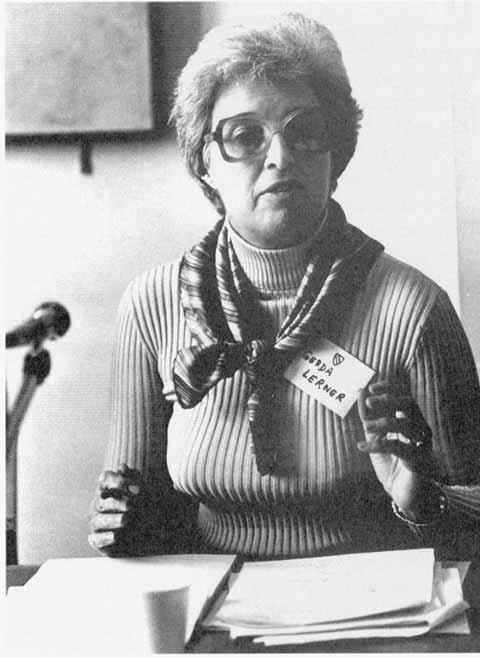 From the New York Times:

Gerda Lerner, a scholar and author who helped make the study of women and their lives a legitimate subject for historians and spearheaded the creation of the first graduate program in women’s history in the United States, died on Wednesday in Madison, Wis. She was 92.

Her death was confirmed by Steve J. Stern, a history professor and friend at the University of Wisconsin-Madison, where Dr. Lerner had taught for many years.
In the mid-1960s, armed with a doctorate in history from Columbia University and a dissertation on two abolitionist sisters from South Carolina, Dr. Lerner entered an academic world in which women’s history scarcely existed. The number of historians interested in the subject, she told The New York Times in 1973, “could have fit into a telephone booth.”
“In my courses, the teachers told me about a world in which ostensibly one-half the human race is doing everything significant and the other half doesn’t exist,” Dr. Lerner told The Chicago Tribune in 1993. “I asked myself how this checked against my own life experience. ‘This is garbage; this is not the world in which I have lived,’ I said.”
That picture changed rapidly, in large part because of her efforts while teaching at Sarah Lawrence College in the early 1970s. In creating a graduate program there, Dr. Lerner set about trying to establish women’s history as a respected academic discipline and to raising the status of women in the historical profession. She also began gathering and publishing the primary source material — diaries, letters, speeches and so on — that would allow historians to reconstruct the lives of women.