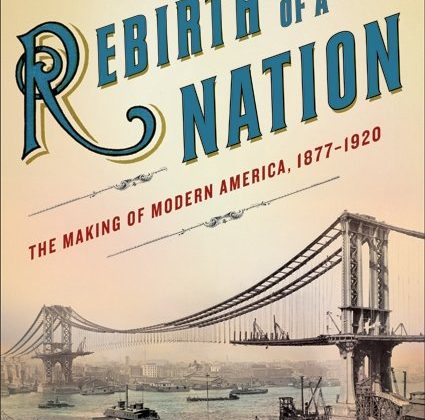 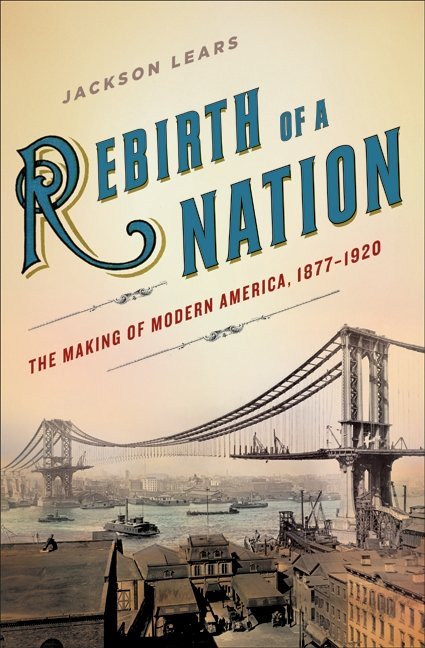 Jackson Lears’s Rebirth of a Nation: The Making of Modern America has been on my reading list for a couple of years now.  Tim Lacy’s recent reflection on the book at U.S. Intellectual History has convinced me to bring it closer to the top of my pile.  Here is a taste:

In my pre-reading of Rebirth (wherein I thoroughly study the TOC, Notes, and Index), I had identified chapter five as the pivotal part of the book. I do not mean, in any way, that chapters one through four are less valuable. All four are absolutely necessary to the story. But chapter five met my expectation of importance. It stirs militarism, violence, market culture, white male supremacy, and urban-rural tensions into a hot cauldron of 1890s crises. In this cauldron, crises were dissolved into a new language of reform, order, and regeneration, manifest in market consumption, the idea of a cooperative commonwealth, and empire. Every major character of the age appears in the chapter: Addams, Adams, Beveridge, Bryan, Burnham, Coxey, Darwin, Debs, Gompers, Herron, James, Morgan, Pullman, Roosevelt, Strong, Twain, and Willard. Lears shows how misunderstandings about Darwin were put to both good and evils (p. 204). The introductory discussion of  empire in this chapter (pp. 200-221) is first rate, supplanted only by the contents of chapter seven, titled “Empire as a Way of Life.” Lears’ discussion of civil religion in the chapter compared favorably, in terms of themes, to the contents of Ray Haberski’s God and War—though the later focuses on the post-World War II period and, to my knowledge, doesn’t reference Lears.