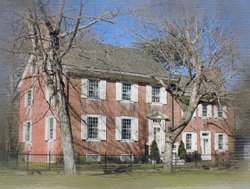 I first met Gregg Jones, a resident of Greenwich, New Jersey, while doing research on the 1774 Greenwich Tea Burning. He is a great guy who loves the history of his historic home town.

I recently learned that Gregg been leading ghost tours down “Ye Great Street,” the wide thoroughfare, built in the 1670s, that runs through the middle of historic Greenwich.  Here is a taste of a recent article at NJ.Com

After meeting up at the Leonard Gibbon Homestead, reported to be haunted by lovers whose last quarrel ended in murder, Jones led The News down Ye Greate Street on Tuesday. Along this quiet path, Jones highlighted a number of buildings from the 18th and 19thcenturies where residents and visitors have experienced sightings, sounds, smells and sensations that have made at least one woman flee her home in fear. 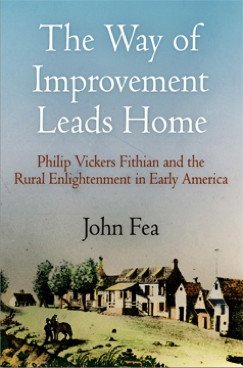 Jones pointed out the Richard Wood Mansion, located next to the first Wawa, as a historic site where Wood’s brother is believed to wander the halls at night. A portrait of George Bacon Wood was found upstairs at the home and unleashed the sound of footsteps among other eerie occurrences once it was displayed, as if hanging the portrait in the home “released him,” Jones said.

I want to hear about the ghosts of Philip Vickers Fithian and the other so-called “tea burners” from revolutionary-era Greenwich.  It may help my research!  I will have to get the Greenwich Tea Burning research associates–Cali, Ally, Katie, Valerie, and Tara–on the case.  Stay tuned.