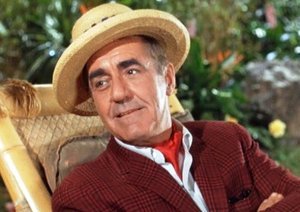 Since I was on the road earlier this week, I did not get a chance to see David Brooks’s column on the Mitt Romney 47% remark when it came out on Monday.

This comment suggests a few things. First, it suggests that he really doesn’t know much about the country he inhabits. Who are these freeloaders? Is it the Iraq war veteran who goes to the V.A.? Is it the student getting a loan to go to college? Is it the retiree on Social Security or Medicare?
And Brooks continues:
The Republican Party, and apparently Mitt Romney, too, has shifted over toward a much more hyperindividualistic and atomistic social view — from the Reaganesque language of common citizenship to the libertarian language of makers and takers. There’s no way the country will trust the Republican Party to reform the welfare state if that party doesn’t have a basic commitment to provide a safety net for those who suffer for no fault of their own.
The final thing the comment suggests is that Romney knows nothing about ambition and motivation. The formula he sketches is this: People who are forced to make it on their own have drive. People who receive benefits have dependency.
Once again, Brooks is on the mark.
If you appreciate this content, please consider becoming a Patron of Current.