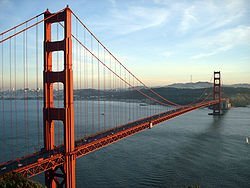 In anticipation of the 2012 presidential election, The New York Times is running a new web series called “Historically Corrected.”  The columns will be written by Adam Goodheart, the director of the C.V. Starr Center for the American Experience at Washington College and Peter Manseau, a writer who is currently a scholar in residence at the Center.

Goodheart, Manseau, and a team of student researchers at Washington College will be analyzing the historical references made by the candidates over the course of the next few months.

In the first installment in the series, Goodheart and Manseau remind us that many of the nation’s greatest achievements–the transcontinental railroad, the Hoover Dam, the Golden Gate Bridge–“were often products of bitter partisan struggles than of national togetherness.”

In fact, history is often the lingua franca of our national politics. And the heroic rhetoric goes beyond just the 18th-century founders. In his campaign addresses, Mr. Obama has deployed a litany of 19th- and 20th-century accomplishments to claim precedent for his own grand initiatives (and grander intentions). “We built this country together,” he said in a stump speech in Miami Beach last week. “We built railroads and highways, the Hoover Dam, the Golden Gate Bridge, the Interstate highway system, the transcontinental railroad — we built those things together…”

It’s strange, then, that Mr. Obama, whose health care legislation was born amid similar bombastic accusations, dire predictions, and back-room dealing, should miss one of the perennial lessons of American history: our national achievements have usually been propelled forward by contention, not consensus.