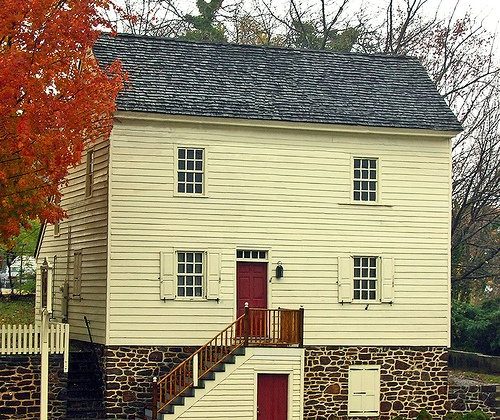 In chapter six of The Way of Improvement Leads Home: Philip Vickers Fithian and the Rural Enlightenment in Early America I wrote about the revolutionary Presbyterians from Cumberland County, New Jersey who congregated at Potter’s Tavern in Bridgeton. These young patriots published The Plain Dealer, a series of essays on topics related to politics, morals, and social life in rural southern New Jersey.  The Plain Dealer was only available in the tavern and, as I argued, was part of a rural “public sphere” whose participants were influential in precipitating political resistance to the Crown in this region.

I had the chance to tour Potter’s Tavern during my research for the book, so I was glad to hear that the Cumberland County Historical Society will be opening it to visitors during July.  Here is the announcement: Devotees of Revolutionary era New Jersey history will be happy to learn that one spot sacred to both patriotic history and the history of free speech and press, Potter’s Tavern in Bridgeton, will be open on the Fourth of July and on every Sunday afternoon for the rest of the month.
Located in what was then called Cohansey Bridge, Potter’s Tavern was a popular meeting place just before the Revolution due to its proximity to the Cumberland County Courthouse. For several months between December 1775 and February 1776, Matthew Potter posted a manuscript newspaper called The Plain Dealer at his Tavern. Although it voiced opinions pro and con the British, it is remembered as a patriotic voice against Crown rule, making the tavern keeper a hero of the Revolution. Some of the leading citizens who wrote articles included Dr. Jonathan Elmer, Dr. Lewis Howell, Richard Howell and Joseph Bloomfield. The latter two eventually became governors of the State of New Jersey.
This original 18th-century frame structure, carefully restored at its original site on the Broad Street hill facing the Courthouse, is listed on the National Register and owned and operated by the Cumberland County Historical Society. July opening hours (1-4 PM) will be staffed largely by Society volunteers. Contact and other information can be found at www.cchistsoc.org