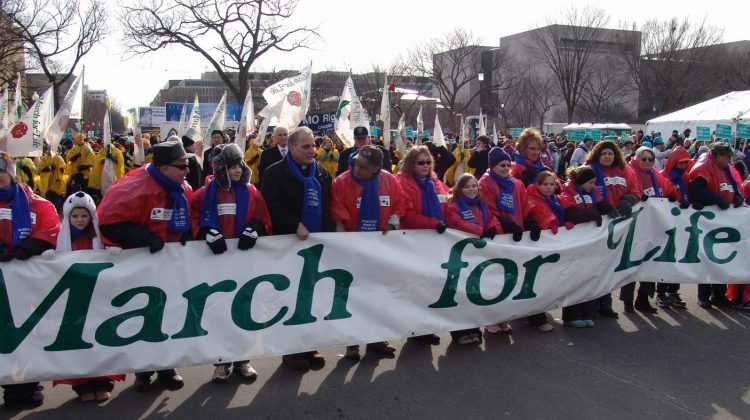 According to a very recent Gallup Poll, the number of “pro-choice” Americans has reached a record low at 41%.

Ashley McGuire, the editor of altcatholicah, a website that is devoted to “exploring faith and gender,” offers some reasons why Americans are becoming more pro-life:

1.  The fetus has been humanized.  She writes:
Modern science has helped us to understand with intricate detail the amazing phenomenon that occurs at the moment of fertilization. From then on, a pregnant woman can track the extraordinary chain of events that is triggered in the new life within her with a slew of Web sites and iPhone apps. She learns her baby’s heart starts beating at a mere 21 days after conception (before many women learn they are pregnant). She meets her baby on the ultrasound screen at eight weeks as opposed to at the end of nine months.

OK–it is time for the ideologically diverse readers of The Way of Improvement Leads Home to have at it.