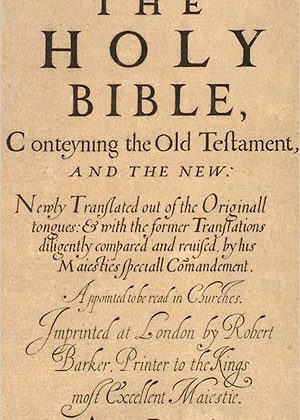 Thomas Jefferson did not believe that the Bible was divinely inspired.  In fact, as we have noted here and here, he removed parts of the life of Jesus that did not conform to his rational form of religion.

Nevertheless, Jefferson believed that the Bible was a moral guide.  In fact, he was a very devout follower of Jesus’s moral teachings.  It was for this reason that he created his famous “cut and paste” Bible in the first place.  He wanted a devotional in morality.  Indeed, my chapter on Jefferson in Was America Founded as a Christian Nation? is entitled “Thomas Jefferson: Follower of Jesus.”

Now Richard Dawkins, the famous British atheist, is encouraging children to read the King James Version of the Bible.  But unlike Jefferson, he does not want kids to read it for its moral value.  He wants them to read it for its literary value.

Read his piece at The Guardian, which is a response to British education secretary Michael Gove’s plan to put the King James Bible in schools.  Here is his conclusion:

Whatever else the Bible might be – and it really is a great work of literature – it is not a moral book and young people need to learn that important fact because they are very frequently told the opposite. The examples I have quoted are the tip of a very large and very nasty iceberg. Not a bad way to find out what’s in a book is to read it, so I say go to it. But does anybody, even Gove, seriously think they will?