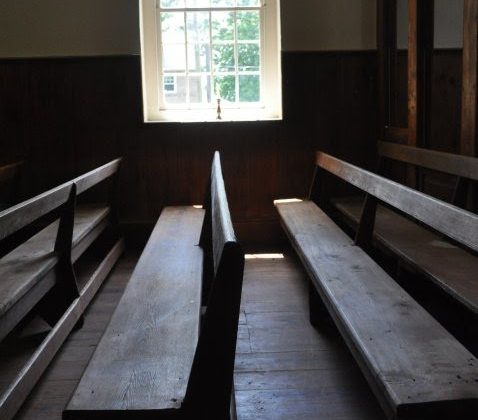 It looks like I will not be spending time in Greenwich, NJ this summer.

As many longtime readers of “The Way of Improvement Leads Home” know, I have been leading a small public history project in this community for the past several years.  We have been examining the history and memory (mostly memory) of a 1774 event in the town that has been called “The Greenwich Tea Burning.”  The research phase of the project is nearing completion and, although there is still work to be done, I could not make a strong enough case to the New Jersey Historical Commission for an additional year of funding.

I was first introduced to the town of Greenwich close to fifteen years ago ago when I began to explore the life of its most prolific resident, Philip Vickers Fithian.  My research on Fithian’s life in Greenwich (and elsewhere) resulted in The Way of Improvement Leads Home: Philip Vickers Fithian and the Rural Enlightenment in America.  (It also led to this blog!). After completing The Way of Improvement Leads Home, I was convinced that there was more to tell about this amazing little town nestled along New Jersey’s Cohansey River. Others agreed, and before I knew it I had funding for what we are now calling The Greenwich Tea Burning Project.  I assembled a team of students (graduate and undergraduate) and we went to work in an attempt to explain the ways in which the tea burning has been remembered in Greenwich from the early 19th century to the present.  We have read newspaper, diaries, and manuscripts, conducted oral history interviews, and developed a very strong working relationship with the good folks at the Cumberland County Historical Society’s Lummis Library. I would really like to conduct more interviews, but if I do not get the chance, I think we have enough to work with.  I also need to do some more work on the 200th anniversary of the tea burning, which occurred in 1974.  But most of our research is complete.

We have enough research to write the final chapters of a book tentatively titled: “The Greenwich Tea Burning: History and Memory in an American Town.”  My former student and fine young historian in her own right, Cali Pitchel McCullough (of History to the People and Dispatches from Graduate School fame), will be co-authoring the book.

While this project may not seem particularly significant in the larger scope of American historiography, it has always occupied a special place in my professional agenda.  The Greenwich Tea Burning Project not only connects with my interests in local history, place, public history, and memory, but it also provides a venue for teaching, doing collaborative research with students, and serving a particular community by telling the story of its past. My work here has been one of the highlights of my career. I am sure that most publishers will tell me that the story of Greenwich will not make them a profit (many already have). And they are probably right.  But I have learned from this project that telling the story of a people has merits regardless of its marketability.  My own faith in the dignity of all human beings–regardless of how well they fit with some kind of grand narrative that helps publishers sell books–keeps me motivated to tell the story of the people of Greenwich and their tea party.

I hope to be back in Greenwich next summer to finish what I believe to be good and meaningful work.