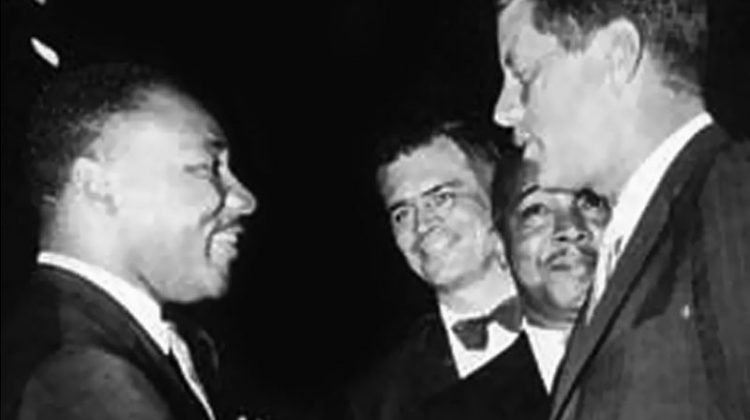 In today’s New York Times, David Blight and Allison Scharfstein call our attention to a May 1962 document that Martin Luther King Jr. wrote to John F. Kennedy calling for a “second Emancipation Proclamation” to outlaw segregation in the United States.  The document has been largely overlooked by historians and scholars.

Citing hundreds of legal precedents, especially Harry S. Truman’s military desegregation order in 1948, as well as the Declaration of Independence, the Constitution and, of course, the Emancipation Proclamation, the document demanded that the powers of the executive office be used to eliminate all forms of discrimination.
“The time has come, Mr. President,” it declared, “to let those dawn-like rays of freedom, first glimpsed in 1863, fill the heavens with the noonday sunlight of complete human dignity.”
Kennedy balked, however, at the opportunity to issue the second Emancipation Proclamation and noticeably avoided all centennial celebrations of emancipation. While he did issue an executive order banning discrimination in federal housing in November 1962, and introduced an omnibus civil rights bill a few months later, the demands of the second Emancipation Proclamation were not fulfilled until President Lyndon B. Johnson signed the 1964 Civil Rights Act.
Though King’s manifesto failed to spur a second Emancipation Proclamation from the White House, it was an important and emphatic attempt to combat the structured forgetting of emancipation latent within Civil War memory.