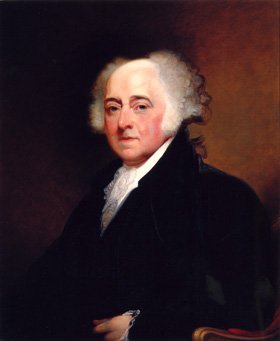 In a post on Geoffrey Gait Harpham’s Humanities and the Dream of America, Peter Powers calls attention to Harpham’s analysis of this John Adams quote.  Here is what Harpham says:

It is worth recalling that once upon a time the ruling class–which had also been the revolutionary class–imagined that they were risking their lives, their fortunes, and their sacred honor in behalf of a futurity where what would come to be called the humanities would dominate the concerns of the citizenry.  The humanities, they felt, would represent the crowning achievement of a nation that, having prevailed in war, would build its new society on a foundation of such economic, political, military, and social security that citizens could enrich their lives by turning their attention to the study and appreciation of material and textual artifacts…Adams, Jefferson, and others believed that a general concern for the humanities represented not only the best possible future for the new nation but also the natural progression of mankind, if freed from fear and want.

Powers reflects on the meaning of this Adams quote and Harpham’s interpretation of it.  He concludes: “In the world we have created we will never be secure enough for the poetry and philosophy that Adams at least desired for his progeny.”  Read the whole post here.