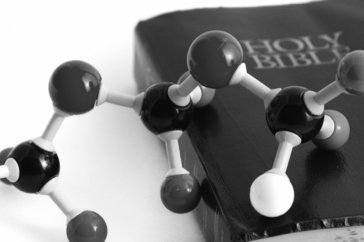 Most evangelical Christian pastors in the United States believe in a literal, six-day, 24-hour creation.  But there are others who believe that evangelicalism and evolution are compatible.  Those affiliated with this minority group met last week in New York.  Those in attendance included N. T. Wright, Alister McGrath, John Ortberg, Tim Keller, Scot McKnight, Os Guinness, Joel Hunter, and Andy Crouch.  These are some pretty big names in the evangelical world.

Here is a taste of Christianity Today’s report on the event:

…Few Christian colleges or seminaries teach young earth creationism (YEC), participants noted during discussion groups. But less formal, grassroots educational initiatives, often centered on homeschooling, have won over the majority of evangelicals. “We have arguments, but they have a narrative,” noted Tim Keller. Both young earth creationists and atheistic evolutionists tell a story tapping into an existing cultural narrative of decline. To develop a Biologos narrative is “the job of pastors,” Keller said.
Participants seemed particularly appreciative of Westmont College’s Jeffrey Schloss, who presented an elegant overview of evidence for evolution and closed with a critique of ideological evolutionists who make evolution into a universal explanation. Wheaton College Old Testament professor John Walton was also greatly appreciated for his new understandings of Genesis 1–2, interpreting it as the inauguration of the earth as God’s temple.
Biologos was founded in 2007 by Francis Collins, director of the Human Genome Project, after his book The Language of God elicited thousands of email questions. Collins was soon named director of the National Institutes of Health (NIH) and had to drop out of leadership, though he has maintained an active interest and attended the New York meetings. Under the leadership of Darrel Falk, a biologist at Point Loma Nazarene University, Biologos has launched a wide variety of initiatives to improve understanding between Christianity and science.