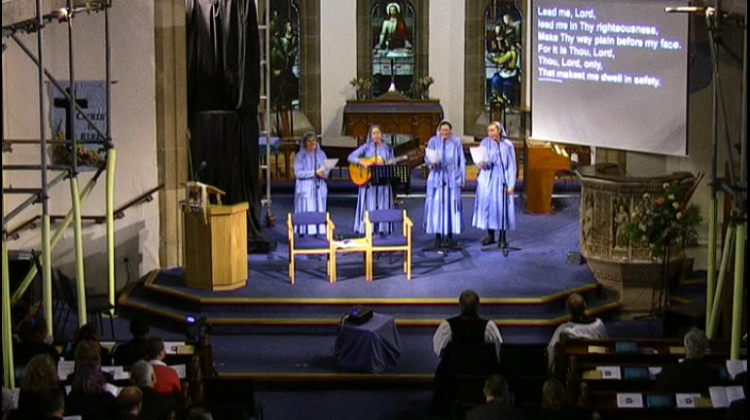 Here is an interesting piece in The Economist about the rise of evangelicalism in the Church of England.  A taste:

As the number of people who are actively committed to the Church of England falls, the proportion of churchgoers who are serious about their faith—and its implications for private and public life—is growing. Peter Brierley, a collector of statistics on faith in Britain, reckons that 40% of Anglicans attend evangelical parishes these days, up from 26% in 1989. That is against a background of overall decline; he thinks the number of regular worshippers in the Church of England will have fallen to 680,000 by 2020, down from about 800,000 now and just under 1m a decade ago. The lukewarm are falling away, leaving the pews to the more fervent.

A handful of big evangelically-minded parishes now exercise huge influence, far beyond their immediate patch. Saint Helen’s in Bishopsgate reaches out to workers in London’s financial district; it has “planted” a dozen new communities in other places, using an American model of religious expansion. Holy Trinity, Brompton has exported a charismatic brand of Christianity via the Alpha course. Meanwhile All Souls in Langham Place, which shares a neighbourhood with department stores, broadcasters and arty bohemians, radiates forth a more sober brand of evangelism. What all these churches have in common is a reluctance to do the Church of England’s traditional job of marrying, baptising or burying people who have no real religious commitment. That is a break with Anglicanism’s familiar role as the undemanding “default mode” of faith for a secular country.