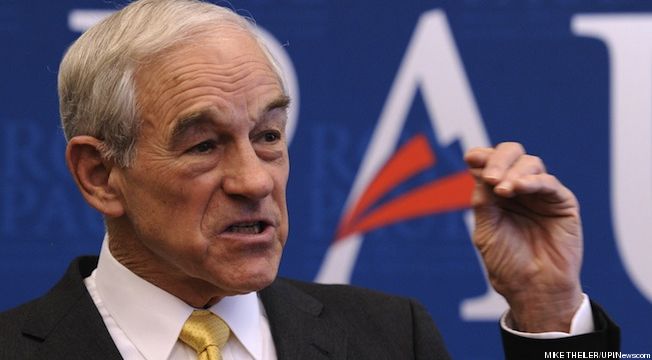 Peter Laarman, the executive director of Progressive Christians United, has helped me to understand why I find myself quietly cheering for Ron Paul in the GOP primary race.  I am not a libertarian, nor do I condone Paul’s less than perfect record on race and anti-Semitism.  I don’t even want him to be President of the United States.

But there is something I really like about the guy.  Maybe its because I have always been a fan of the underdog.  Or maybe I like Paul’s independent thinking on so many issues.  He presents a stark contrast to the rest of the GOP field.

I think Laarman puts his finger on it. Paul’s views on the dangers of American empire resonate with me.  When he talks about all we can do for America with the trillions of dollars we spend on unnecessary wars and military bases I find myself nodding my head in agreement.  When he talks about a foreign policy based on the “golden rule” he gets my attention.

But the crux of Laarman’s argument is that we need to do a better job of managing the political complexity of a candidate like Paul. We need to learn how to hold “contradictory ideas in one’s head at the same time.”  Here is a taste:

Here then is the burden of my argument: in a badly fractured world with its badly fractured politics, would it not be wiser to respect the fractures each of us presents rather than attempt to arrange the fractures into distinct columns labeled All Good or All Bad? And if we will be generous to ourselves in this respect, can we not be somewhat more generous toward our politicians?

In this particular instance, I am not asking anyone to forgive Ron Paul his various idiocies or his past or present bigotries; I hope people will continue to call him out and stay on him for whatever he carries around that’s loony or vile or both. That also means, of course, that we remain open to the possibility that applauding him for sane positions on some matters could prompt less discerning folks to buy into the whole package.

Nor am I asking us to imagine that because we all fall short of God’s glory we cannot make distinctions between the merely flawed (Anthony Weiner, say), the more deeply flawed (Paul), and the truly fallen (Hitler): those who actively pursue evil and who must accordingly be stopped cold.

But really, are we incapable of even hearing Paul on the sorrows of empire? After all, we’re just days past another MLK Day, when many of us were reminded yet again of Dr. King’s prophetic warning that we approach “spiritual death” when we as a nation spend so much more every year on the military than we spend on the support of our poorest and most vulnerable.