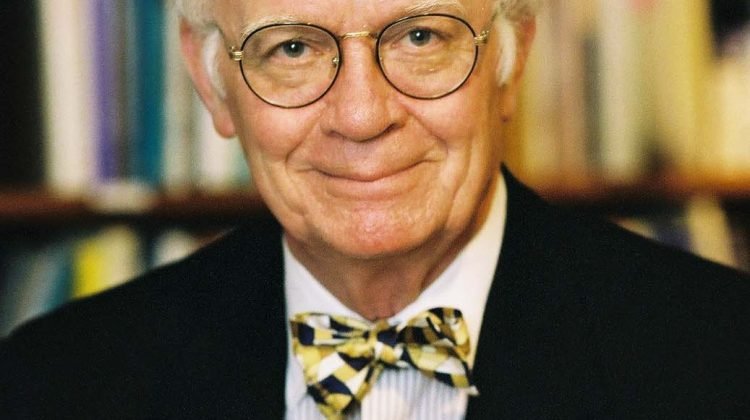 Martin Marty of the University of Chicago, one of the long-time deans of American religious and church history, has used his most recent “Sightings” column to reflect on what he witnessed last weekend at the annual meeting of the American Catholic Historical Association and American Society of Church History.  Both conferences met in Chicago in conjunction with the annual meeting of the American Historical Association.

I’ve been attending the ACHA and ASCH for fifty-five years, (having been president of both organizations long ago). And over coffee we older-timers like to reflect on change, of which there is plenty. We were also reminded that there is plenty of continuity, a theme stressed by Yale’s Harry “Skip” Stout, on a panel celebrating his influential work. An expert on New England, he came on the scene decades ago when Titan Perry Miller dominated with studies of “declension” on the religion-and-society scene as the decades passed in Puritan New England. Listen to the factional and fictional representations of that past in contemporary politics, urged Stout and others, and you will see how versions of that past are invoked and distorted today.

Hurrying on: what are some of the changes? Many of them have to do with the make-up of the casts of historians, as ambitious and innovative lovers of their craft as “we” were fifty-five years ago and remain today. Most obvious is a matter of the identity of the researchers, writers, job-seekers, adjuncts, and accomplished veterans. In 1956 almost the only women on the program rosters were Catholic sisters. Today Catholic non-sisters and non-Catholic women are “all over the place,” at breakfasts and in book display titles and on programs.

Topics also have changed, and for the better. A half century ago we chronicled comings and goings of bishops and pastors, denominations, orders, synods and seminaries. Today, in societies of people who are and want to be alert to their times but seek to shun faddism, words like these leap out: “Reports of Weeping,” “Repentant Bodies,” “Scrutinizing the Household,” “The Rhetoric of Place,” “History of Gender in Southern Baptist Battles,” Stephen’s Relics,” “A Chinese Guest of the Pope,” “The Myth of the Judeo-Christian Culture,” “Even If You Stayed Long, Who Would Have You for a Sweetheart—You are a Korean,” “Rescuing Prostitutes and Wayward Women,” etc.

The picture of religious faith and practice today, as chronicled by historians, will bring students and readers and viewers much closer to what religion really looks like “close to home,” “close to heart.” When asked why I am an historian, I like to quote a British historian: “I find the world very odd, and I want to know how it got that way!” All aboard as we go observing the oddments of religion in a new year, with the aid of quotes from journalists and their kin and kind.