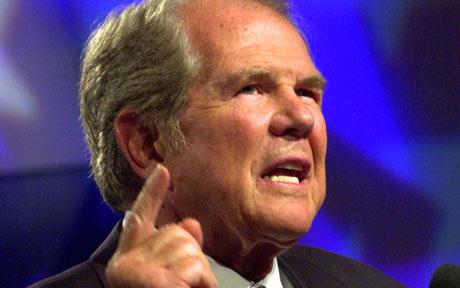 In 18th-century New England, earthquakes were usually interpreted as signs that God was punishing his covenanted people.  Massachusetts felt the effects of regional earthquakes in 1638, 1661, 1663, and 1732.  In 1727, the Boston area was hit with an earthquake that, by today’s estimation, would have reached 5.5 on the Richter scale.  In 1755, the area was hit with an even larger earthquake, registering about 6.2.  (In that same year a massive earthquake, probably 8.5-9.0 on today’s Richter scale, hit the Portuguese city of Lisbon).

Puritan ministers responded to these earthquakes and tremors by climbing into their pulpits and warning the people–God’s new Israel–of their sins.  These jeremiads were a fixture of New England religious culture.

But the 18th century was also an age in which Puritans were starting to explain things through science.  As Harry Stout has shown us, Puritans never stopped responding to natural disasters and other societal problems through jeremiads. But we also know that many of the 18th-century descendants of Puritans were integrating their Calvinist faith with the new ideas emanating from the Enlightenment.

For example, John Winthrop, the great-great grandson of the Massachusetts founder by the same name, argued that earthquakes were best explained by science, not theology.  He has often been described as the founder of the science of seismology. After the 1755 quake, Winthrop engaged in an extended debate with New England clergymen Thomas Prince over the cause of earthquakes .  Much of this exchange took place in the pages of The Boston Gazette.  Prince defended the the traditional Puritan view of earthquakes as signs of God’s judgment.  Winthrop defended a scientific explanation.

I should add that for many 18th-century New England Calvinists, the scientific and religious explanations for earthquakes were not mutually exclusive.  Earthquakes could be explained both scientifically AND providentially. New Englanders could comfortably embrace both of these  explanations.

Of course Winthrop’s understanding of how earthquakes happened eventually won the day, but the old jeremiad tradition has not disappeared in American life.  In fact, 40% of Americans believe that earthquakes and other natural disasters are signs from God.  The jeremiad tradition lives on in folks like Pat Robertson

Here is a snippet from the Washington Post‘s coverage of Robertson’s remarks about the earthquake that hit the east coast earlier this week:

Pat Robertson, natural disaster interpreter extraordinaire, said on Wednesday’s 700 Club that the earthquake that struck the Washington region Tuesday “means that we’re closer to the coming of the Lord.”

On Thursday’s broadcast, Robertson pointed to the damage to the Washington Monument in the earthquake as a possible ‘sign’ from God:

“It seems to me the Washington Monument is a symbol of America’s power. It has been the symbol of our great nation. We look at the symbol and we say ‘this is one nation under God.’ Now there’s a crack in it… Is that sign from the Lord? … You judge. It seems to me symbolic.”

…Robertson has a history of blaming natural disasters and terrorist acts on the victims. After the 2010 Haiti earthquake that killed more than 200,000 people, Robertson commented that Haitians had made a “pact to the devil” and were being “cursed” through the earthquake. He suggested that Hurricane Katrina was the result of legal abortion, according to Time Magazine. And in the wake of 9/11, Robertson had a now (in-)famous exchange with the late Jerry Falwell in which the two religious leaders suggested that the United States “deserved” the attacks for its tolerance of secularism, gays, abortion, feminists and pagans. Robertson’s religious worldview sees God as a being that can withdraw his protection from the United States based on the country’s morality.