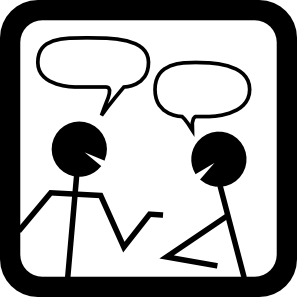 When I was writing The Way of Improvement Leads Home: Philip Vickers Fithian and the Rural Enlightenment in Early America, I spent a lot of time reading about the eighteenth-century idea of “conversation.” Philip Vickers Fithian spent a lot of time conversing with his various friends and relations.  Such conversation usually focused on the latest popular novel, some aspect of moral philosophy, or a theological topic.  The ultimate end of conversation was the self-improvement of the participants. What struck me most was that this kind of conversation was happening in the remote and rural confines of eighteenth-century New Jersey.  It was indeed a “rural Enlightenment.”

The editors of the web magazine N+1 describe early modern conversation as “an exchange of ideas, a free play of wit.”  It was “a vehicle of Enligthenment, fundamental to the self-improvement of civilization.”  They then ask: “If talking is one thing, and conversation another, then what is a chat?”

Read the rest of the piece to find out.