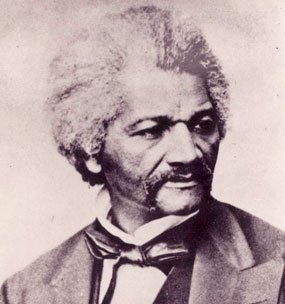 Over at Past is Present, the blog of the American Antiquarian Society, librarian Tom Knoles tells us about the Society’s acquisition of a new Frederick Douglass letter.

The letter was written from Canada on October 28, 1859, to Charles W. Slack in Boston.  Douglass tells Slack that he is unable to fulfill a speaking engagement in Boston because 17 federal marshalls are after him due to his indirect involvement in John Brown’s raid at Harper’s Ferry two weeks earlier.  Douglass writes:

My Dear Sir:
Seventeen Marshalls are on the look out for me in the States, and to avoid arrest I must avoid a journey to Boston…”

“I should have written before – but for the hope that the clouds that now overshadow me would pass away. Instead of this they grow darker every hour.”

Read the rest of Knoles’s post to learn how Ralph Waldo Emerson and Henry David Thoreau got into the mix.  I am not a Douglass scholar, but this letter certainly sheds much light on his mindset in the wake of Harper’s Ferry.