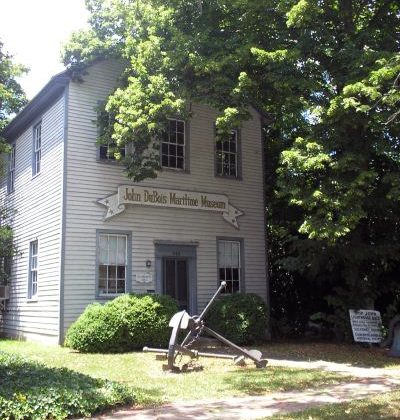 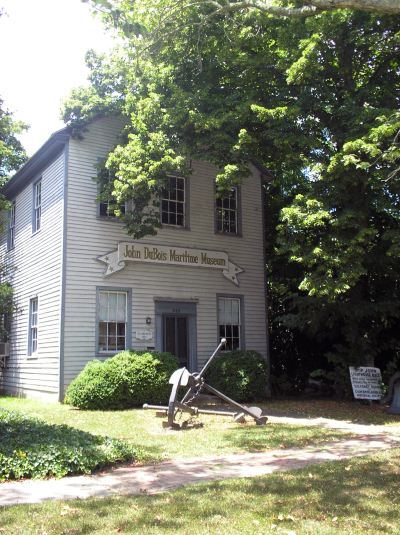 Day 3 of the 2011 edition of the Greenwich Tea Burning Project is in the books.  It was a productive, but tiring day.  Fatigue is starting to set in and we are all hoping and praying that our proverbial “second wind” will arrive tomorrow.

When we arrived at the Lummis Library today we were told that we would be spending the day in a small second floor space away from the main reading room.  The library is open to the public on Wednesdays and the librarians wanted to make room for patrons.   So we made the best of it.

Cali and Valerie began work on issues of We Women, a local women’s magazine from the 1950s.  They are finding a host of information on the way that local women promoted local history, patriotism, and civic mindedness in the region.  This was the culture that produced the commemoration ceremonies for the fiftieth anniversary of the 1908 erection of the Greenwich Tea Burner’s Monument (1958). (Yes, you read that correctly).

Tara managed to learn a great deal more about the ways in which the residents of Greenwich expressed their dissatisfaction with an attempt to build a nuclear power plant in this rural village.  She then moved on to explore the records of the local chapter of the Daughters of the American Revolution.

Ally continued to work her way through a series of diaries that describe everyday life in Greenwich during the 1920s.  She also did some bibliographic work in the Vineland Historical Magazine.

It was not one of my better days.  On the research front, I found useful materials on the history of the Cumberland County Historical Society and the attempts to turn Greenwich into a Colonial Williamsburg-type public history park.

The low point of the day was when I crashed my head into a door frame at one of Greenwich’s 18th century homes.  The bang to the head caused me to fall to the ground, resulting in a badly sprained ankle.  To make matters worst, the accident happened about three minutes before I needed to be on the air with the host of a South Dakota radio show who asked to interview me about Was America Founded as a Christian Nation? I am writing this with my ankle covered in ice and propped up on several hotel-room pillows.

Stay tuned.  I am sure there will be more adventures to report tomorrow!