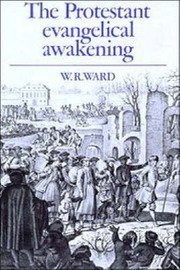 Over at Books and Culture, Mark Noll and Bruce Hindmarsh reflect on the career and scholarship of British historian W.R. Ward.  Ward died in October 2010, leaving behind several important works on the history of evangelicalism, including The Protestant Evangelical Awakening (1992) and Early Evangelicalism: A Global Intellectual History (2006).

Noll and Hindmarsh write that Ward’s scholarship was groundbreaking in at least five ways.

1.  It situated evangelical history against the backdrop of 17th century political history.

2.  It focused on the foundational significance of 17th-century events for evangelical history.

3.  It connected eighteenth-century events back to the era of the Reformation and Catholic Reformation.

4.  It focused on evangelicalism as a pan-European phenomenon that transcended national boundaries.

5.  It included an analysis of the evangelical mind.