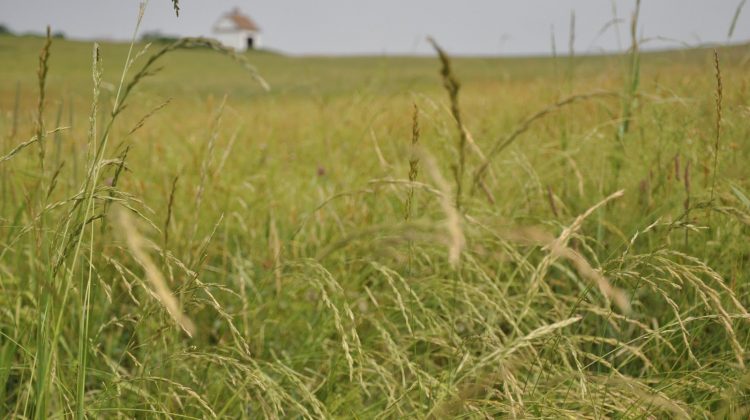 Cali Pitchel McCullough is a Ph.D student in American history at Arizona State University.  For earlier posts in this series click here. –JF

My courses require an amount of work equal to the first semester, but they feel different, more purposeful. Two of three courses are in my presumed “field”: Environmental/American West. Each week in “Readings in the American West” our professor assigns two books. At the beginning of the semester he used a deck of cards to divide the readings evenly—each week half the group reads one, half the group reads the other; then we discuss each as a class. It’s like a two-for-one.

This week I read Donald Worster’s Rivers of Empire: Water, Aridity, and the American West, while the other students read Dan Flores, The Natural West:  Environmental History in the Great Plains and Rocky Mountains. This is my first taste of Worster, but I’m already smitten by his poetic prose and impassioned analysis of irrigation in the American West. And because that wasn’t enough water for the week (it is essential for life, you know), I read Water: The Epic Struggle for Wealth, Power, and Civilization by journalist Steven Solomon in my Global Environmental History course.
Although each monograph is unique with different analytical frameworks, content, and calls to action, all three had something in common: a rather biting critique of the Judeo-Christian tradition. When it comes to the environment, Christians get a bad rap. Let’s face it, Genesis 1:26-28 has been interpreted in many ways, most often with a heavy emphasis on dominion. Worster briefly details the secularization of medieval Christian notions about nature (á la Horkheimer) into a Western worldview known for its exploitation of the environment. He’s not complimentary. But who can blame him? Or Flores, or Solomon. Of all the public interest issues evangelicals support (abstinence education, anti-abortion, politics and morality, etc.) concern for the environment lags behind, far behind.
Solomon suggests that stewardship and dominion are a contradiction in terms, but he accuses Christians of using the terms interchangeably. Genesis 1:26-28 does make clear the command to rule and subdue the earth, but I must agree with Solomon. Using a biblical mandate to justify wastefulness and exploitation seems hypocritical, and it clearly goes against the rest of biblical teaching.
In Genesis 2:15, one finds God’s further instruction to Adam and Eve—they are to keep the garden. The Hebrew word shamar means to keep, guard, keep watch and ward, protect, save life, as a shepard over his flock. It’s the same word used when God extols Abraham for keeping His commandments. Shamar is also used in Proverbs concerning wisdom: “Forsake her not, and she shall preserve thee.” Many Christians do take such commands seriously and also take personally the responsibility to be true stewards of creation. But, as is often the case, this portion is sorely underrepresented in the media and thus the Christian’s ambiguity in public life is perpetuated in the books of scholars such as Worster, Flores, and Solomon.

I can’t offer a solution to our “public image,” one that is certainly grounded in historical reality. But I can ask you to consider what God asks of His people when it comes to his creation. When we fail to treat the whole of creation with honor and respect, we fail to fulfill part of our evangelical mission. We miss out on an important opportunity to show the world that a commitment to the earth is a commitment to the Kingdom come and that Christians do care about ecological issues.