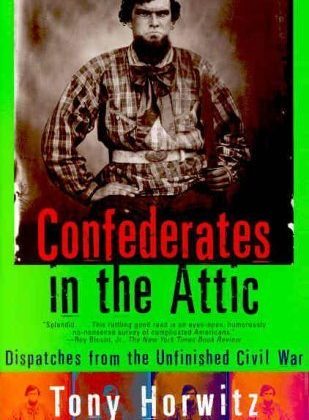 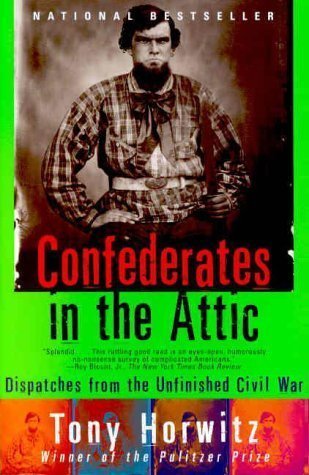 Tony Horwitz’s Confederates in the Attic: Dispatches from the Unfinished Civil War holds a privileged place in my “Civil War America” course. It is the most popular book I have ever taught. If you have not read it yet, what are you waiting for? Horwitz’s journey through the ex-Confederate south is not only informative, but it is wonderfully entertaining. Undergraduates love it.

But did you know that before his career as a best-selling author Tony Horwitz was a Pulitzer Prize-winning journalist? And before that he was a history major!

Horwitz was gracious enough to participate in our ongoing series “So What CAN You Do With a History Major?” You will find my interview with him below, but first a bit of bio:

Tony is a native of Washington, D.C., and a graduate of Brown University and Columbia University’s Graduate School of Journalism. He worked for many years as a reporter, first in Indiana and then during a decade overseas in Australia, Europe, Africa, and the Middle East, mostly covering wars and conflicts as a foreign correspondent for The Wall Street Journal. After returning to the U.S., he won the Pulitzer Prize for national reporting and worked as a staff writer for The New Yorker before becoming a full-time author.

Four of his books have been national and New York Times bestsellers: A Voyage Long and Strange, Blue Latitudes, Confederates in the Attic, and Baghdad Without A Map. His other work includes “Mississippi Wood,” a documentary on PBS about Southern loggers; “The Devil May Care,” a collection of fifty tales about intrepid Americans; and contributions to State by State: A Panoramic Portrait of America and The New Gilded Age: The New Yorker Looks at the Culture of Affluence.

JF: Why did you decide to major in history? 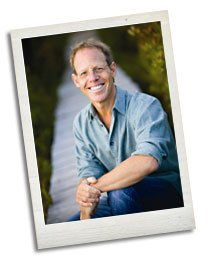 TH: I was a history nerd from early childhood and riveted by anything old, beginning with Indian-head pennies. My father was a history nut too and read books about the Civil War with me from the age of six. So I didn’t so much decide to be a history major as submit to the inevitable. That was one reason I wanted to go to Brown, its history department had a strong reputation. Though in the end I took just as many classes in English and Comparative Literature. “Majoring” in something at Brown didn’t require or mean a whole lot.

JF: Did you take any courses with Gordon Wood at Brown? If so, what was he like in the classroom?

TH: I audited his class on colonial America, which means I sat in on lectures but didn’t do any real work. To be honest, I remember Gordon as being a bit wooden as a lecturer but I’ve since gotten to know him and he’s fun, has total recall of every factoid about 17th and 18th century America, and has been very generous in sharing his wisdom with me. He also took me to the Brown Faculty Club for lunch, the inner sanctum.

JF: During your undergraduate experience did you ever ask yourself: “What am I going to do with this major?” If so, how did you answer that question?

TH: I attended college in the late 70s and early 80s when the economy was tanking; the job market for new grads was about as hopping as it is today. So it wasn’t clear what you could do with any degree, except an M.D. I certainly wondered what I was going to do with a B.A. in history, but not enough to go pre-med.

JF: How did your study of history in college prepare you for your career as a journalist?

TH: I had no thought of being a journalist in college, but in retrospect studying history was pretty good preparation. You learn to view sources very critically and skeptically. You learn to boil down a lot of information into a concise argument, or story. You learn the importance of context. That being said, they don’t call it the “news” business for nothing. Almost every time I tried to sneak a few paragraphs about the past into my news copy an editor would cut it out.

JF: My students love *Confederates in the Attic*. Any tips on how to stage a successful “Civil Wargasm?”

TH: Well, not sure it can be duplicated and certainly not “staged,” the essence of it is to go with the flow, let it wash over you, put yourself out there and just see what happens. I’d advise getting some serious sleep in advance and perhaps not doing it in the middle of summer as I did. If you do, bring along plenty of water and Amazon-strength bug spray.

JF: Do you have any advice for college students majoring in history or those considering a major in history?

TH: Relax. Enjoy. Don’t sweat the names and dates. You’ll forget all the substance five years out, but hopefully retain a few of the skills. It’s a cliché, I know, but school is mainly about learning how to learn so you can keep educating yourself once you’re out. I regard my so-called career, first as a journalist and now as book author, as continuing education, without the tests and grades and tuition.

JF: Can you tell us something about your current book project on John Brown’s raid? 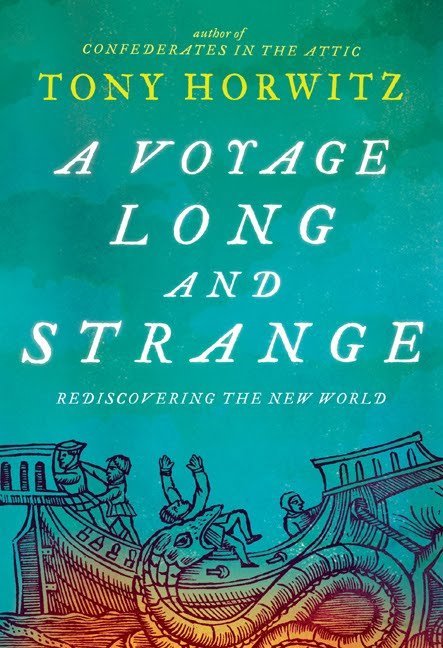 ’ve only just started writing, but I’m trying something new (for me). No antics, no first-person, and sorry, no Civil Wargasm (not sure I want to reenact Brown’s story anyway, given it ends at the gallows). I’m trying to do narrative history, like I learned about in college. Footnotes, even. And I’m revisiting a bunch of things I studied and forgot in high school and college. Who knew the Missouri Compromise and Dred Scott decision would come back into my life? And, I am not making this up, I’ve actually dug out some of my college notebooks to see what I was taught about antebellum America back when dinosaurs walked the earth. I’m having fun.