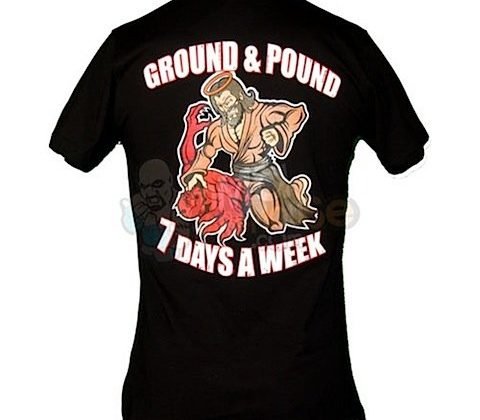 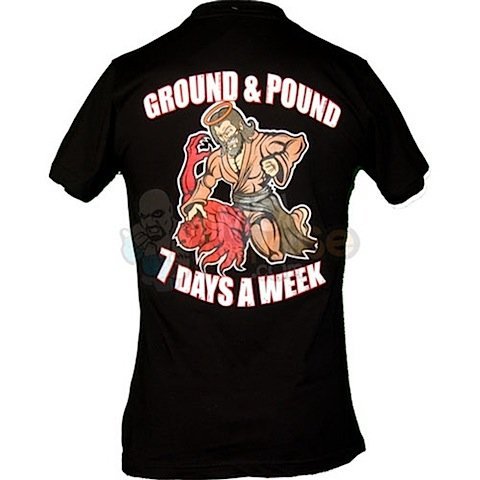 So much for Jesus’s call to non-violence.

According to this New York Times article there are about 700 evangelical churches around the country that have started mixed-martial arts ministries. James Dobson’s 39 year-old son is even involved!

Recruitment efforts at the churches, which are predominantly white, involve fight night television viewing parties and lecture series that use ultimate fighting to explain how Christ fought for what he believed in. Other ministers go further, hosting or participating in live events.

The goal, these pastors say, is to inject some machismo into their ministries — and into the image of Jesus — in the hope of making Christianity more appealing. “Compassion and love — we agree with all that stuff, too,” said Brandon Beals, 37, the lead pastor at Canyon Creek Church outside of Seattle. “But what led me to find Christ was that Jesus was a fighter…”

Roughly 100 young men, many sporting shaved heads and tattoos, attend fight parties at Canyon Creek near Seattle, watching bouts on the church’s four big-screen televisions. Vendors hustle hot dogs and “Predestined to Fight” T-shirts. About half are not church members but heard about the parties through friends, said Mr. Beals, who is known as the Fight Pastor

I am not a pacifist, nor am I opposed to creative ways to get people into church on a Sunday, but I wonder if this kind of thing is taking “seeker friendly” churches a bit far.