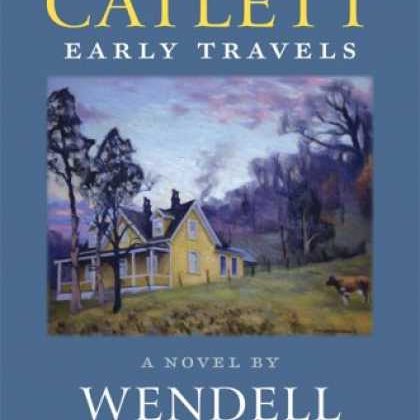 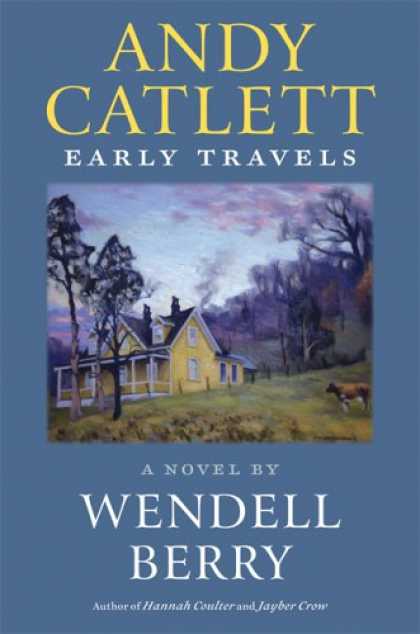 As many of my readers know, I am a bit of a Wendell Berry fan. I am currently reading my way through Andy Catlett: Early Travels (2006). It is another Berry masterpiece about the fictional community of Port William, Kentucky. I have grown to love this place over the years, even if it does only exist in my imagination. I remember a former student telling me that Berry’s Port William novels made him nostalgic for a kind of place he never experienced and probably never will.

The novel centers around nine-year-old Andy Catlett. During his Christmas vacation in 1943 he sets out for his grandparents’ by bus, for the first time alone. Andy lives in Hargrave, a town about ten miles from his grandparent’s farm in Port William. The trip will not take long, but Andy and his grandfather take it very seriously.

Upon his arrival, he joins a group of farmhands on his grandfather’s farm as they all gather together to strip tobacco. Present in the stripping room is Dick Watson, his grandfather’s black laborer; Jess and Rufus Brightleaf, tenant farmers and brothers; and, of course, his grandfather. Andy’s arrival quickly becomes the focus of conversation among the men and young Andy loves the attention.

Here is what ensues, as narrated by Andy:

Well, Dick, Jess Brightleaf said, “looks like you all met that bus all right. I reckon you got there in plenty of time.”

Dick laughed his laugh–“Ho, ho, ho!”–that meant he wasn’t going to tell all that he might. “Yessir, Mr. Jessie. We was out at the pike wasn’t even day yet.”

He would tell me later that Grandpa had been talking about meeting the bus for two or three days. That I would be coming by myself was a matter that he had taken very seriously. That my father would have entrusted me alone to such a contraption as a bus had not met Grandpa’s approval. He did not understand internal combustion as a motive force, and he regarded it with a mixture of deference and awe and deep suspicion.

“Ay Lord,” Grandpa said, “there was the little thing with his satchel, come all that way by himself.” He spoke as if he had witnessed an event of great pathos and wonder, never mind that at my age he would have ridden so far on horseback alone and thought nothing of it.

Jess Brightleaf looked around at us, amused, and said “Uncle Marce, looks like the boy has fattened up right sharply.”

“Aw,” Rufus said, “he swells up that way ever’ winter.” He turned around and, grinning squeezed experimentally my thigh above the knee. “Ain’t that right, Andy?

“A many a good biscuit has gone down that boy,” Jess said. “He eats so much it makes him poor to carry it.”

“Yaaaa-hahaaa!” Rufus said. “The boy traded legs with a grasshopper and got cheated out of a ass.”

“Well,” Jess said considerately, “he’ll grow. He’ll fill out. We’ll get him up here with us next summer and work him hard and put some of that fried chicken and a few biscuits into him, you won’t know him by fall.

So they greeted me, made much of me, gave me very astutely my credit rating, and so reminded me how much, how much more than they knew, I wished to grow and fill out and do work worthy of my dinner. When all their backs were turned again, I felt for myself the place where Rufus’s hard handprint still lay on my thigh, and I had to acknowledge that it was sure enough a rather grasshopperly appendage.

This is classic Berry!