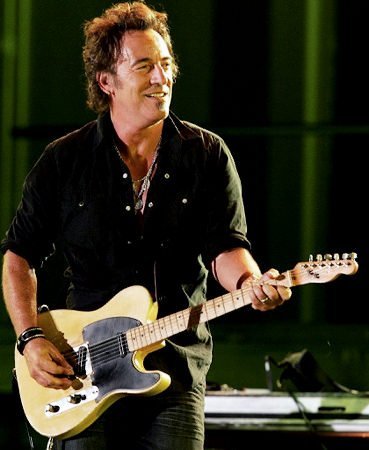 Over at American History Now Jim Cullen has a nice retrospective on what he calls a “remarkably productive decade” for Bruce Springsteen. Cullen reminds us that in 2009 alone, Springsteen:

1. played in Barack Obama’s inauguration concert
2. released Working on a Dream
3. performed at the Super Bowl
4. did a seven month tour to promote Working on a Dream. (I saw him in Baltimore).
5. played at the 25th anniversary Rock and Roll Hall of Fame concerts
6. received a Kennedy Center honor

In the midst of it all, Springsteen was named in a divorce suit and rumors circulated that his marriage to Patti Scialfa may be in trouble. Not good. (Check out Cullen’s post on this topic back in April).

Quite a year. Get some rest, Bruce. We hope to see you and the E-Street Band soon.