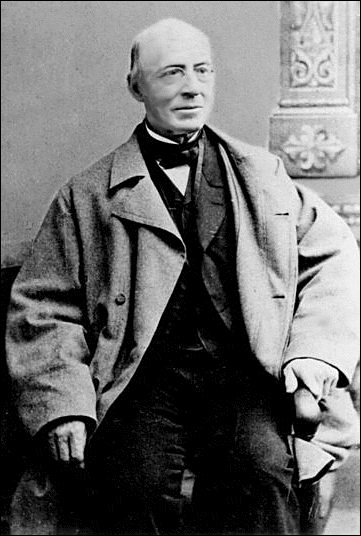 I am in the midst of writing a chapter on God and the United States Constitution. As part of my research I am reading a lot of primary material from Christians who did not like this venerable document.

The title of my post is actually an under-statement.

For William Lloyd Garrison, the early nineteenth-century’s leading spokesperson for immediate emancipation of the slaves, the Constitution was a “covenant with death and an agreement with hell.” Why such harsh words? I’ll let Garrison explain from the pages of the December 29, 1832 edition of his abolitionist newspaper, The Liberator:

There is much declamation about the sacredness of the compact which was formed between the free and slave states, on the adoption of the Constitution. A sacred compact, forsooth! We pronounce it the most bloody and heaven—daring arrangement ever made by men for the continuance and protection of a system of the most atrocious villany ever exhibited on earth. Yet—we recognize the compact, but with feelings of shame and indignation, and it will be held in everlasting infamy by the friends of justice and humanity throughout the world. It was a compact formed at the sacrifice of the bodies and souls of millions of our race, for the sake of achieving a political object—an unblushing and monstrous coalition to do evil that good might come. Such a compact was, in the nature of things and according to the law of God, null and void from the beginning. No body of men ever had the right to guarantee the holding of human beings in bondage. Who or what were the framers of government, that they should dare confirm and authorize such high-handed villany—such flagrant robbery of the unalienable rights of man—such a glaring violation of all the precepts and injunctions of the gospel—such a savage war upon the sixth part of our whole population? They were men, like ourselves—as fallible, as sinful, as weak, as ourselves. By the infamous bargain which they made between themselves, they virtually dethroned the Most High God, and trampled beneath their feet their own solemn and heaven-attested Declaration, that all men are created equal, and endowed by their Creator with certain unalienable rights—among which are life, liberty, and the pursuit of happiness. They had no lawful power to bind themselves, or their posterity, for one hour—for one moment—by such an unholy alliance. It was not valid then—it is not valid now. Still they persisted in maintaining it…A sacred compact! A sacred compact! What, then, is wicked and ignominious.

William, why don’t you tell us you really think?

Perhaps this explains why Garrison burned a copy of the Constitution in 1854, an act that has inspired future flag burners and all sorts of other protest groups.

Several things strike me about this passage. First, Garrison mocks the idea that the Constitution is somehow a “sacred” document. America was no Christian nation as long as the Constitution allowed slavery to exist. This is an interesting observation from a devout evangelical Christian such as Garrison. Second, he argues that the Constitution rejects the spirit of the Declaration of Independence, which declared that all human beings have unalienable rights: life, liberty, and the pursuit of happiness.” Later Garrison would lead a movement for a “peaceful dissolution of the Union.”

More to come on this topic.