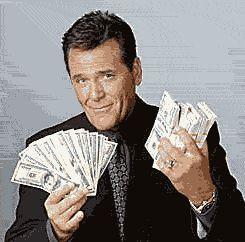 The former host of “Love Connection” went on “Huckabee” (Mike Huckabee’s Fox News talk show) recently and admitted to the world that he is a conservative. Over at The New Republic, David Roth has a hilarious piece on Woolery’s coming out party.

Woolery told Huckabee: “I’m sacrificing my career by coming out as a conservative.”

I think there may be a joke in there somewhere.