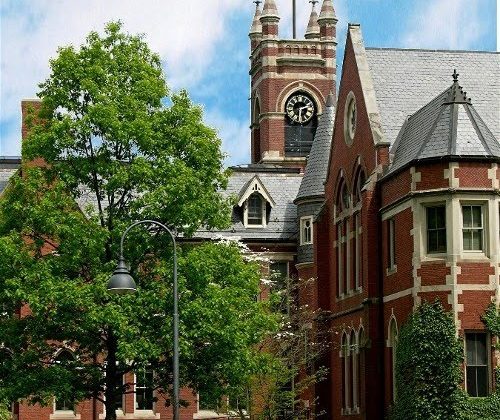 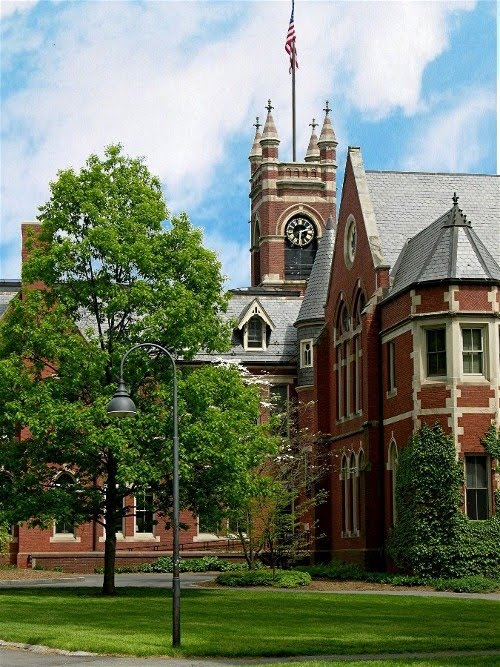 The evangelical blogosphere is abuzz about whether or not evangelicals are discriminated against when applying to non-evangelical graduate programs in religious studies and theology. You can follow the discussion at Scott McKnight’s Jesus Creed blog and at a blog called Parchment and Pen (which now has over 500 comments on the topic).

While I am not qualified to discuss potential bias in religious studies or biblical studies Ph.D programs, I have often wondered if a similar bias exists in the humanities, and particularly in my discipline of history. I have thought about this for several reasons. Back in the early 1990s when I was applying to graduate school in history “armed” with a degree from a Christian college and an evangelical divinity school, I wondered if any program would accept me.

Today, I wonder about this on behalf of my students. If a degree from a place called “Messiah College” does not raise red flags among departmental admissions committees, it certainly must raise a few eyebrows. And, frankly, I think this is legitimate. Evangelicals have had a well-documented history of anti-intellectualism. And while many evangelicals have entered the mainstream of historical scholarship, any graduate history department should wonder whether or not a Christian student is capable of doing serious scholarship in the discipline.

Have I been discriminated against because I am a Christian? I don’t think so. While I am sure that my fellow graduate students and some of my professors knew that I was a Christian, the subject never came up in conversation. I have often wondered if I did not get accepted to some of the programs to which I applied because it was clear from my vita that I was a Christian. I will never know. I am guessing, however, that I did not get accepted to certain programs because those programs were very competitive and my GRE scores were not stellar.

I also do not know if any of my students have ever been turned down because they were Christians who attended Messiah College. This would be sad, since Messiah has a very fine history department (I will try not to sound too biased here!!) made up of published scholars who are committed to teaching in a small liberal arts environment. I would like to think that a student with good grades, good letters of recommendations, and outstanding GRE scores should be competitive at any graduate school in the country, no matter where they went to college. But I also realize that this is not always the case. Unfortunately, pedigree matters and it always will. Having said that, I have been pleased with Messiah’s track record of placing students in first-rate graduate programs. All of them do quite well.

Every now and then, however, something happens that can only be explained by bias. I remember a few years ago one of my students transferred from Messiah College to a very elite women’s liberal arts college in New England. (The very fact that such a transfer would happen should say something about the quality of students who come to Messiah). She had taken my course on “Revolutionary America” and wanted to transfer the credits, but she was told by the chair of the history department at “New England elite college” that my course was not rigorous enough to receive credit there. Needless to say, I was shocked! This course included an intense examination of primary documents and readings in the best and most recent secondary literature. When I queried the student further, I learned that the chairperson of the history department at “New England elite college” did not like the fact that my students were required to read The Search for Christian America by Mark Noll, George Marsden and Nathan Hatch. This chairperson was completely unfamiliar with this work (he/she was not even an Americanist!), but its appearance on my syllabus suggested to her that I must have been advocating some sort of “Christian America” viewpoint in the class. After all, this course was taught at “Messiah College.” (Of course many of my readers know that The Search for Christian America was written explicitly to oppose the view that America was founded as a Christian nation). The class would need to be retaken.

Finally, I have often wondered if I have been passed over for jobs because I am a Christian. Again, I will never know. But I have been asked by search committees (unfairly and unprofessionally, I might add) whether or not I think my Christianity would somehow prohibit me from being a good colleague. And then there was an on-campus interview at a Ph.D granting institution when a few members of the committee grilled me about my faith and educational background during an auto tour of the community. There I was, sitting in the front seat of a Honda Accord, getting carsick from the sun reflecting off the snow, and talking about my childhood Catholicism and experiences within the evangelical subculture! In true postmodern fashion I was told that my Christian background and spiritual journey were “fascinating” and that X University “really needed someone with this perspective on their faculty.” I was offered the job, but I turned it down to come to Messiah College.

I tell my students that any kind of bias against Christians in the academy, if it indeed exists, is outside of their control. Call me naive, but I still believe that a student who does good work will be rewarded by the academy. Do I think there is bias in the humanities against Christians? I honestly don’t know. To my knowledge, I have never experienced it.