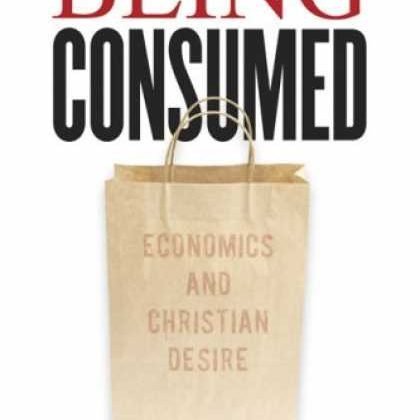 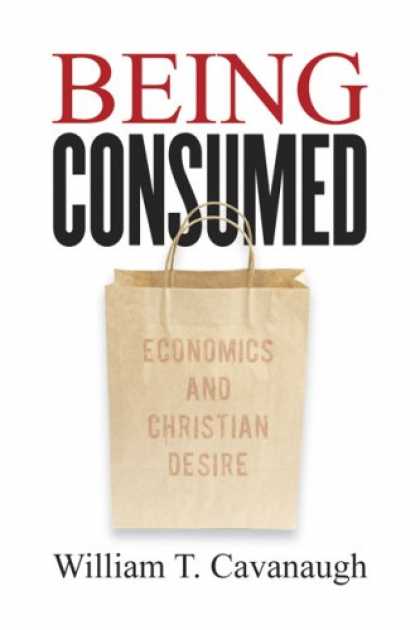 In “honor” of Black Friday I have been reading Wiliam T. Cavanaugh’s Being Consumed: Economics and Christian Desire (Eerdmans, 2008). Cavanaugh is a professor of theology at the University of St. Thomas in St. Paul, Minnesota.

In this short book, Cavanaugh puts our free market, capitalist, consumer-driven economy under the microscope of the Christian tradition. His chapters on the free market and consumerism are of particular relevance for anyone tempted to join in today’s Black Friday shopping-fest.

In his chapter entitled “Freedom and Unfreedom,” Cavanaugh sets his theological sites on Milton Friedman and free-market defenders everywhere. For Friedman, a market is “free” when it “gives people what they want instead of what a particular group thinks they ought to want.” According to Cavanaugh, two “corollaries” follow from Friedman’s view of free markets. First, this understanding of free markets defines freedom negatively, “that is, as freedom from the interference of others, especially the state.” Second, this understanding of free markets “has no telos, that is, no common end to which desire is directed.”

Using the teachings of St. Augustine of Hippo, Cavanaugh responds to both of these corollaries. For Augustine, freedom is not “simply a negative freedom from, but a freedom for, a capacity to achieve certain worthwhile goals.” And all of these “goals are taken up into the one overriding telos of human life, the return to God.” For Augustine, autonomy is impossible because to be “free” without God is “to be nothing at all.” Ultimately, modern consumerism and free markets do not serve any meaningful ends. As Cavanaugh puts it:

In order to judge whether or not an exchange is free, one must know whether or not the will is moved toward a good end. This requires some kind of substantive–not merely formal–account of the true end, or telos, of the human person. Where there are no objectively desirable ends, and the individual is told to choose his or her own ends, then choice itself becomes the only thing that is inherently good. When there is a recession, we are told to buy things to get the economy moving; what we buy makes no difference. All desires, good and bad, melt into the one overriding imperative to consume, and we all stand under the one sacred canopy of consumption for its own sake.

Even property, Cavanaugh argues, is a gift from God that must be used to serve the common good. (I will let you chew on that one a bit).

In his chapter “Detachment and Attachment,” Cavanaugh offers a Christian-based reading of consumerism. “What really characterizes consumer culture,” he writes, “is not attachment to things but detachment. People do not hoard money; they spend it. People do not cling to things; they discard them and buy other things. Or:

…the detachment of consumerism is not just the willingness to sell anything. The detachment of consumerism is also a detachment from the things we buy. Our relationships with products tend to be short-lived: rather than hoarding treasured objects, consumers are characterized by a constant dissatisfaction with material goods. This dissatisfaction is what produces the restless pursuit of satisfaction in the form of something new. Consumerism is not so much about having more as it is about having something else; that’s why it is not simply buying but shopping that is the heart of consumerism. Buying brings a temporary halt to the restlessness that typifies consumerism This restlessness–the moving on to shopping for something else, no matter what one has just purchased–sets the spiritual tone for consumerism.

Cavanaugh argues that consumerism is a type of spirituality–a way of connecting with other people and finding meaning in life. He calls it “one of the most powerful systems of formation in the contemporary world, arguable more powerful than Christianity.”

Things and brands must be invested with mythologies, with spiritual aspirations; things come to represent freedom, status, and love. Above all, they represent the aspiration to escape time and death by constantly seeking renewal in created things. Each new movements of desire promises the opportunity to start over.

But what about the Christian belief in the goodness of material things? Are we not to enjoy the fruits of creation and the products made by talented and gifted human beings? Yes, Cavanaugh argues, but

Cavanaugh also suggests some things ordinary people can do to resist the powerful current of consumerism. Churches, he argues, should be involved in promoting economic practices “that are consonant with the true ends of creation. This requires promoting economic practices that maintain close connections among capital, labor, and communities, so that real communal discernment of the good can take place.” He encourages us to buy locally, put our money into smaller banks that make loans to community projects, and participate in the fair trade movement.

He also suggests turning our homes into “sites of production, not just consumption”:

Few of us have the means to make most of what we consume, but simple acts such as making our own bread or our own music can become significant ways to reshape the way we approach the material world…It also increases our sense that we are not merely spectators of life–for example, hours spent passively watching and listening to entertainment that others make–but active and creative participants in the material world. We can appreciate, as Pope John Paul II said, our true vocation as sharers in the creative activity of God.

There is a lot more we can say about this excellent and provocative little book. For example, Christian readers will want to read Cavanaugh’s suggestion that the Eucharist offers a model of community that challenges our consumer mentality. And I do not have the time or space to write about his chapters on globalization and scarcity.

For those of you looking for a theological critique of the kind of economic system that informs “Black Friday” go out and get a copy of Cavanaugh’s book. (But wait until tomorrow!)