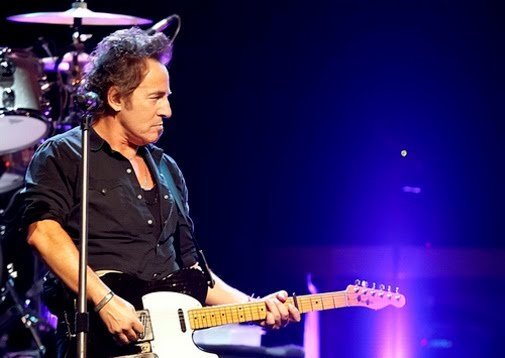 Will it be the last concert with the entire E-Street Band? Probably.

I was not in Buffalo last night, but it sounds like Springsteen devoted his final show on the “Working on a Dream” tour to the hardcore fans. He played Greetings from Asbury Park, N.J. for the first time on the tour. This album includes songs such as “Mary Queen of Arkansas” and “Angel” that no doubt delighted the long time Springsteen fans, but left the casual fans scratching their heads. He also played “I’ll Work for Your Love” and “Restless Nights” for the first time on the tour.

Frankly, if I had a choice I would have chosen the Baltimore set list over the finale in Buffalo. Some of the songs on Greetings just don’t work in a show with the E-Street Band. I know the hard-core Springsteen fans will be angry at me for this comment (and let me go on record that I think Greetings is a great album), but the set list in Baltimore probably made for a more high-energy concert. Having said that, if it was possible for me to get to Buffalo last night I would have been there in a heartbeat.

Some of the students in my classes today were eager to hear about the Baltimore concert. Most of them asked me about it privately, but one student in my big U.S. survey course (110 students) raised her hand and asked “How was the Bruce Springsteen concert?” Needless to say, I was thrilled by the question and spent a few minutes talking about the show, even singing the first line of “Hungry Heart.” When I asked if any of them had ever attended a Springsteen show, no one raised their hand. The week before one student informed me that her mother had been to eleven Bruce concerts. Man am I getting old!