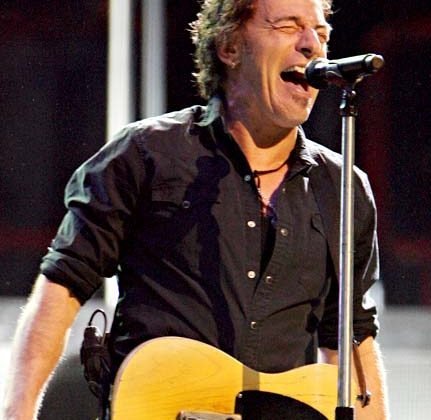 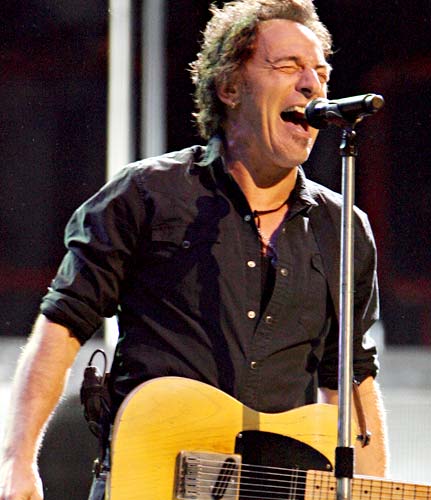 As my readers know, I am heading off to see “The Boss” tonight in Baltimore. (I am listening to Greetings From Asbury Park, N.J. as I type). Could this be Springsteen’s next to last show with the E Street Band? I hope not, but it is possible. I am going to savor it.

For those of you who may not be Springsteen fanatics, but want to know a little bit more about him, I would recommend reading Nicholas Dawidoff’s excellent New York Times Magazine essay, “The Pop Populist.” It was first published in 1997 so it is a bit dated, but it really captures Springsteen well. Here is a snippet:

What made people so loyal to Springsteen was the extent of his musical commitment to them. Not only did he write songs which made it clear that he shared their concerns; he also gave performances that were epic displays of fidelity. For years his filial distress was such that when he faced a crowd he was looking for unconditional love. He was a kinetic performer, one who could make concert halls of any size feel intimate as barrooms as he catapulted himself about the stage, leaped out into the crowd, sweat like a spot welder, sang — and talked — himself hoarse. His band went to extraordinary lengths to keep up with him. The drummer Max Weinberg’s hands routinely bled, while the guitar player Nils Lofgren drank so much espresso on stage that after concerts he lifted weights for hours before he could sleep. ”You talk about James Brown the hardest-working man in show business,” says the soul singer Sam Moore, of Sam and Dave. ”It’s not true. This man was phenomenal.”

When the show was over, Springsteen would return to his motel room, settle onto the edge of his bed with a notebook, a dictionary and a thesaurus and stay up until morning frantically writing songs with titles like ”Prove It All Night.” By creating music about people who trudged out of factories at the end of the day, he could honor such lives while avoiding the rug mill himself. His songs were full of romantic desperation, and they were his life. Springsteen was bent on impressing the importance of what he was doing upon his father, his hometown and his audience — the people who had given him a ticket out of Freehold. So he never touched drugs, never got too close to women, never did anything that might interfere with his work. Out on the road, when the E Street Band guitar player Steve Van Zandt and the saxophonist Clarence Clemons felt like going out to strip bars after shows, they kept their plans quiet ”Bruce was a very strong and mysterious person in those days,” Van Zandt says. ”People were afraid of him.”