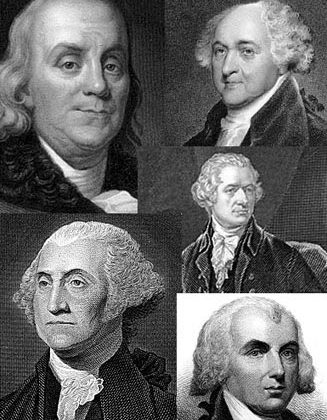 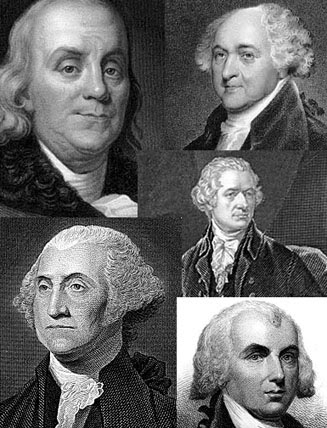 Historiann has nailed it again. In today’s post she takes on Newt Gingrich and anyone else who has used the phrase “the Founding Fathers believed….” or “What Would the Founding Fathers Think” (WWTFFT). As Historiann shows, the early republic was a politically contentious period. These so-called “Founders” did not speak with one voice.

While it is ahistorical and somewhat irresponsible to try to compare the Obama administration to the political beliefs of any eighteenth-century statesman, it is not out of the question that some of the founders would have been pleased to see government playing an active role in the economy. Fiscal conservatives like Alexander Hamilton and the Federalists favored big government. Thomas Jefferson, the great defender of individual rights and separation of church and state, was a libertarian. (At least Jefferson was a consistent libertarian. He believed that government should stay out of people’s lives, including their religious and moral lives. Today’s conservatives tend to be libertarian on fiscal matters, but pro-government on moral issues).
Many of my students are shocked to find that two revolutionaries–John Adams and Thomas Paine–had such different views on the role the people should play in government. Wait a minute, weren’t Adams and Paine both “Founding Fathers?” Yes, I guess you could say that. But this did not stop Adams from having a few choice words for Paine.
I know not whether any Man in the World has had more influence on its inhabitants or affairs for the last thirty years than Tom Paine. There can be no Severer Satyr on the Age. For Such a mongrel between Pigg and Puppy, begotten by a wild Boar on a Bitch Wolf, never before in any Age of the World was Suffered by the Poltroonery of mankind, to run through Such a Career of Mischief. Call it then the Age of Paine.
Adams described Paine’s Common Sense as “a poor, ignorant. Malicious, short-sighted Crapulous Mass.” (Modern translation: it was a piece of crap).
Such quotes should cause us to think twice the next time we clump the Founders together in some sort of homogeneous mass and try to announce what they would have believed on any given contemporary political issue. This kind of consensus approach to the founding is bad history.
Check out Historiann’s post and the insightful remarks from her regular cast of commentators.